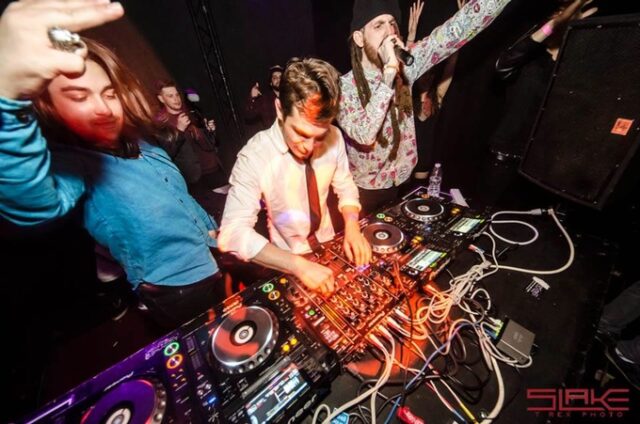 While \”We Are Your Friends\” is sure to go down among the biggest national box office flops in history based on its opening weekend performance, industry professionals across the board are not complaining. The film has come under fire for romanticizing the clichéd EDM party culture, while grossly misrepresenting the actual work producers do to hone their craft day in and day out. That said, if this is the only film we currently have attempting to represent the culture of our music, it begs the question. Is the world ready for another attempt at bringing electronic music to the national spotlight?

Enter \”Momentum.\” A scripted TV series about a blue collar construction worker who is unexpectedly thrust into the spotlight when one of his tracks blows up online and he subsequently must learn to navigate the ins and outs of the gritty NYC electronic music industry. While it might sound like another Hollywood fairytale from the get-go, there are some important differences in the delivery and execution of this project that could make it a contender for success.

The series is being developed by industry professions, showcasing the fragile, thrilling, and often volatile ride to success. It focuses on the challenges artists face in order to shape their craft, gain recognition, and leave a lasting image in a world shaped by \”viral\” communication. As such, the show aims to have a voice of its own, reflecting and shaping the musical tastes of their audience. Momentum\’s music director Cory Riskin states “Our goal is to turn the show into a platform that has the power to break up-and-coming artists by featuring their music throughout the series. We definitely want Momentum to be a tastemaker series as far as the music goes.”

The project has already increased exposure for Montreal producer Frame; his track \”In Vain\” is featured in the trailer, already propelling him into the spotlight.

Momentum aims to create a pseudo-realistic storyline that not only does justice to the integrity of the electronic music scene, but attempts to advance it in a positive direction through collaborative measures. PR Director Lex Houser says “Whether you’re an artist, a brand, a label, venue or collective, it’s going to be a priority of ours to find creative ways to work you into this series because this show can serve as a visual time capsule. This is a way to leave our imprint on the world so future generations can understand what this electronic music movement was actually like and all the people, places and things who were a part of it.”

The crew behind the series is dedicated to making the concept a reality, and are quickly building a following of backers in their Kickstarter campaign. To contribute to the project, check it out here. To learn more about the series, watch the promotional video below!

Lana Alibabic - October 20, 2020 0
Who doesn't love to decorate their house or their household items with LED lights? Some people also love to tune their cars and add...