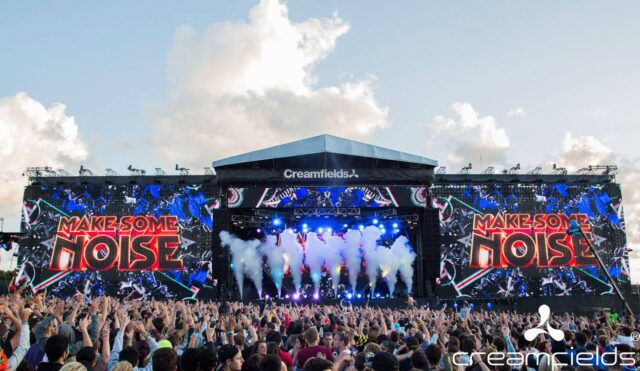 Confidence is key.  Especially when it comes to sneaking past security during the Creamfields festival in the UK just this past weekend.

The man and legend behind this master plan goes by the name of Gerald \”Gerry\” O\’Connor.  Gerry attended the festival and repeatedly thought up clever ways to get by security while even being able to sneak some of his mates backstage as well.  As a result, Gerry and his friends were able to get up close and personal with artists such as Steve Aoki, Avicii, Martin Garrix, Alesso and more.  The stories on how he was actually able to do this are pretty hilarious.

While pretending to be a laborer, Gerry picked up two pieces of wood and jogged past security with ease managing to be backstage during Avicii\’s set.

Next up was Martin Garrix\’s set where Gerry claimed he had to get backstage to help out with a \”lighting emergency.\”

Seeing all the attempts being a success so far, Gerry decided to throw in a challenge by sneaking a friend in as well telling security that they were \”assistant management.\”  The reward?  Being backstage during Alesso\’s performance.

But probably the best stunt yet was when Gerry managed to get backstage during Steve Aoki\’s set by telling security that he was the guy who brings out the sheet cake for Aoki\’s signature cake throw (which he actually ended up doing).  He later even approached the DJ in his booth asking him if he needed anything.

So either security at festivals in the UK are really clueless/laid back or this kid is a genius.  I guess it\’s true when they say to \”walk in like you own the place.\”