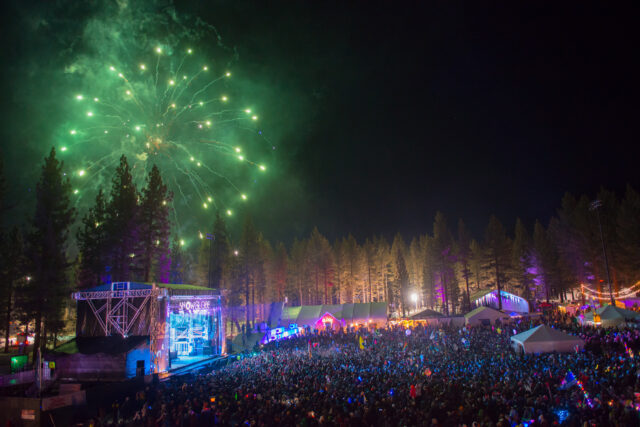 Australian EDM musician \”Flume\” wanted to capture the full essence and beauty this New Year\’s Eve at SnowGlobe Music Festival. He has made stops at Lollapalooza, Pukkelpop, and will soon be at the Governors Ball in New York.  SnowGlobe took place at Lake Tahoe and brought along acts like Flux Pavilion, Bro Safari, ODESZA, Branchez, The Floozies, and Skrillex.

He played one of his most popular songs for the midnight countdown, a remix of Disclosure\’s \”You and Me.\” The song has over 26 million SoundCloud plays and counting! Lovers are kissing, fireworks are exploding, the music is perfect.  The video will leave viewers feeling nostalgic and maybe even a little emotional. If you were there, we could only imagine the feels you are currently having.