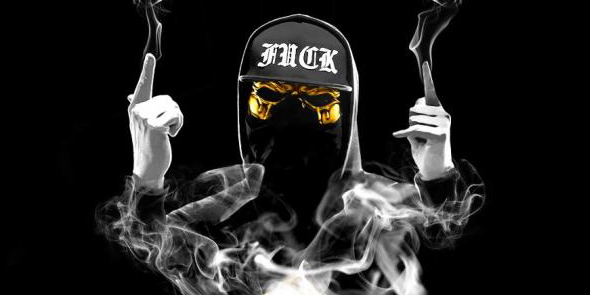 UZ is both a pioneer and an enigma in trap music.  Entering the sphere of trap in 2012 around the same time as the likes of Flosstradamus and Baauer, UZ has produced some of the most authentic trap sounds in EDM.  While creating his own sound for the genre, UZ has managed to fly somewhat under the radar.  Perhaps, this is due to his masked persona.   Yet, the unkown person that is UZ has triumphantly helped bring trap to the forefront of EDM.  Check out his guest mix with Diplo & Friends here.  The end of UZ\’s Trap Shit series marks the end of a significant period for EDM, but not for UZ himself.

UZ has us right where he wants us, waiting on his next move after the legendary Trap Shit Series. His new EP is expected to drop soon.  Luckily, UZ is featured on the Chicago Mad Decent Block Party lineup in the fall along with Major Lazer, Martin Solveig, Towkio, and three other artists to be named soon. Tickets are still available here.

Listen to his last two tracks culminating the Trap Shit series below: