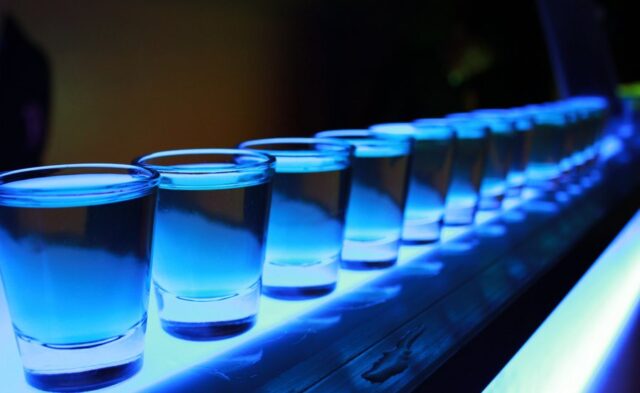 We\’ve all been there: its 3 am, you\’re drunker than you anticipated, and in the back of your inebriated mind that voice of reason you tried to silence with copious amounts of vodka is reminding you that yes, you will spend most of tomorrow lying in your death bed wishing you had never agreed to go to that club/concert/festival with your bros/hoes/best bitches. You promise yourself you will never drink again and pray for a way to make the pain go away.

Well, I\’m happy to say our prayers have been answered by Britain\’s very own David Nutt– a neuropsychopharmacy professor from Imperial College who made headlines in 2009 after being fired from the British government for claiming ecstasy was safer than horse-back riding. This man has developed a drug, \”alcosynth\”, that mimics the effects of alcohol minus all the nasty stuff including liver toxicity, aggression, and hangovers. For the nerdy ones in the crowd, alcosynth is a benzodiazepine derivative that is not addictive and does not cause symptoms of withdrawal.

In addition to alcosynth, Nutt has also developed a drug called \”chaperone\” that diminishes the effects of alcohol. In other words, \”chaperone\” sobers you up- perfect for those weekday nights when you have work in the morning but cannot miss DJ so-and-so spinning at your favorite club Wednesday night.

According to The Telegraph, \”alcosynth\” and \”chaperone\” would first be legally available in high-end cocktail bars at a pretty high price and not to expect it for awhile- at least another three to five years and thats only if drug laws are passed. So for now coconut water is still our best bet for countering those post-party pangs in your head the morning after.