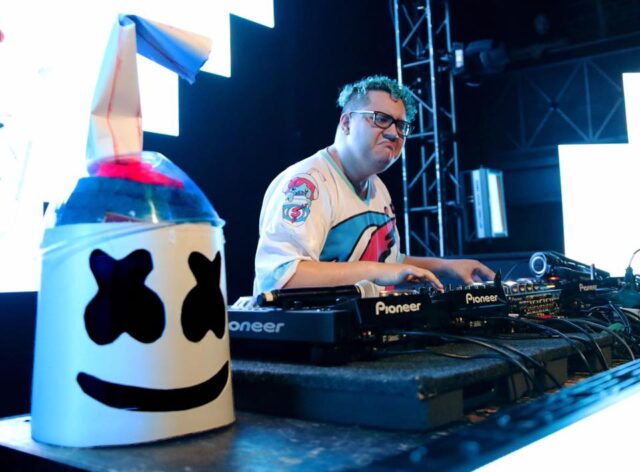 If you’ve visited Twitter or Facebook in the last year, then you’ve surely seen Marshmello’s playful yet twisted stage facade. The mysterious DJ seems to have gained nearly instant fame, though he began putting out tracks as early as 2015. In another ambitious feat, last year the club favorite started ‘Joytime Collective’ (his first record label). He has previously collaborated with Slushii, his first signee, on \’Want U 2,’ and just last week the two released another mischievous single.

‘Twinbow’ pairs ethereal, almost eerie vocals with some heavy hitting synth stabs to create another catchy dance hit. While the single is sure to be a hit, as Marshmello continues to rise in popularity, the track has received criticism for having an overly chaotic drop. What do you think? Listen below on Soundcloud.