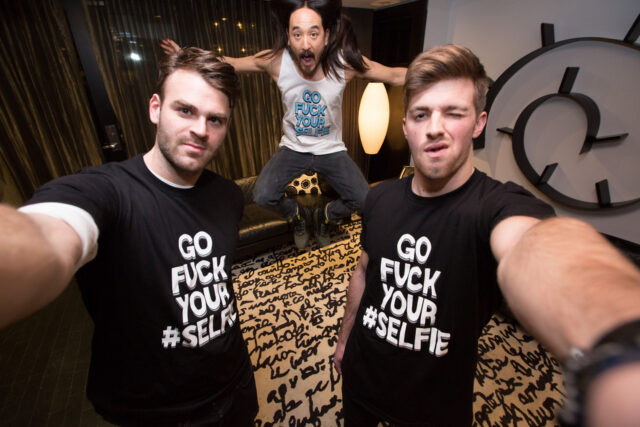 The Steve Aoki and Fall Out Boy\’s collaboration of \”Back to Earth\” was featured on Aoki\’s Neon Future I album back in August of last year and we are just now starting to hear more and more remixes of the track surface.  This official remix, which premiered on Dancing Astronaut yesterday, comes from the New York City duo, The Chainsmokers, who are most known for their nation-wide hit and overplayed track \”Selfie.\”

While some \”remixed\” tracks remain pretty basic and untouched, The Chainsmokers definitely stepped up and added their own elements to create a completely different sound from the original.  The DJ duo was able to slow down the track and add some trap components with a slew of drum beats which gave the track somewhat of a cool hip hop vibe.

Check it out here.