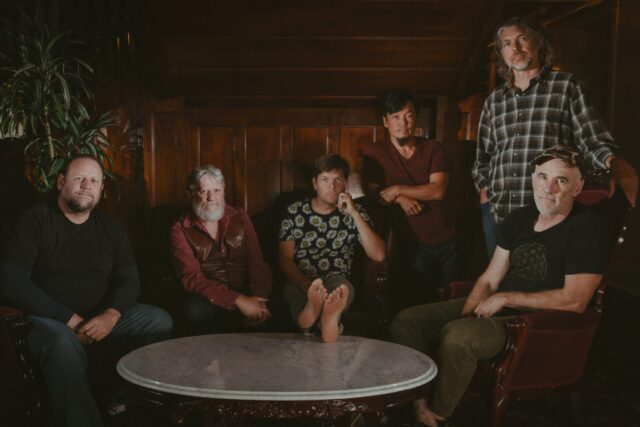 Back when Bassnectar wasn’t a big name on the top of festival lineups and rock, jam, and bluegrass ruled the scene an iconic music festival arose from the pines of Michigan to be coined, ‘Rothbury Music Festival.’ A gigantic compilation of some of the world’s most talented artists all in one forest later to be known as Electric Forest circa 2011 after its hiatus in 2010. Throughout the years this festival has grown monumentally; 45K in attendance, back-to-back festivals, and some of the most talented artists stretching across multiple genres. One band who has consistently been one of the headliners since ’09 and at the forefront of this festival is The String Cheese Incident.

Since their start in 1993 the String Cheese Incident has been creating some of the catchiest rock, jam, electronic, & bluegrass and show no signs of slowing. With their newest album, “Believe,” that was released on April 14th  & you can find here, and their superstar status within the festival scene The String Cheese Incident has clearly reached an iconic status as musicians.

Since String Cheese’s start in ’93 a lot has changed, not only in music scene but also in the festival scene. Thankfully EDM Chicago was able to schedule an interview with their percussionist, Jason Hann, before their tour across the U.S to ask them a few questions on the enormous evolution of Electric Forest and their collective feelings on the growth of their festival.

AAA: What started off as a purely rock, jam, and bluegrass festival has now mainly become an EDM heavy lineup with a few scattered string bands here and there. What are your feelings on how the lineup has changed throughout the years?

JH: I really like how it’s setup and the mix of acts and styles of music. I think one of the efforts of Electric Forest from the start has been to gather a wide range of taste of music and have a wide range of music lovers interact. On the lineup, at any point in time, you can check out a more organic band or a more electronic scenario.

The forest, itself, provides an awesome meeting point where different forms of art just exist, and it’s an incredible launching point to see a variety of things, no matter what you’re into.

I hope the purists on either side of things give room to check out things they might not normally check out. I feel like String Cheese Incident has been an amazing bridge for music fans there to address that. At any moment we could mash styles of songs, or guests, to make heads turn and spin and whirl.

Plenty of EDM kids who haven’t seen The String Cheese Incident, or much live music before, are struck by the power and vibe or live music and the smiles and positive crowd that it brings. There’s been plenty of moments I’ve been with other people who only like organic music, be like “I thought I hated electronic music, this is amazing”. That was one of the reactions of a friend of mine seeing Tennyson play last year. All sorts of moments waiting to happen.

AAA: Along with the style of the lineup changing, the style of the crowd changed as well. In ’09 the attendance at Rothbury Music Festival was over 30K however 88 arrests were made. In 2016 there were 50K in attendance and only 16 arrests with 27 others facing possible arrests due to pending reviews of their charges. Do you believe the genre shift correlates to the number of arrests made?

JH: That’s really hard to say. I think that just being a festival finally all grown up that puts it out there to care about how and where you are enjoying yourself, goes a long way. It makes people enjoy themselves in different ways. There’s a difference between just gathering a large population together, vs sculpting things year by year to make it a positive and safe experience.

My personal experience is that that security and police presence at Electric Forest has been more in the interest of keeping people safe. When that is a priority, you can feel it as a festival participant. You could go to any pro or college football game and actively bust people for illegal activities in the stands or the parking lot. I remember when Wakarusa had their last festivals in Lawrence, KS, Police were dropping out of the trees with night vision goggles looking to bust everyone they could. Why even have a festival if it’s just training ground for police to bust participants.

Police at EF feel approachable, in that, if there is a problem, they handle it in a way that will not further aggravate other participants.

AAA: Electric Forest is notorious for hosting The String Cheese Incident and a majority of the attendees go for that exact reason. However last year Bassnectar announced his residency within Electric Forest even though he’s preformed at every EF since its name change in 2011. What are your feelings on his announcement? Can we expect to see String Cheese share the stage with Nectar more often?

JH: Ha, I thought all along he has been doing a residency at EF.  Lorin is a musical force and has been a long time friend of myself – and friends with Kang and Travis (SCI band) since 1998 Burning Man days. He seems to mirror what we bring to the Forest. A serious following. He’s got his own specific thing that might make it hard for him to want to do a live collaboration with SCI. Both SCI and Bassnectar are with Madison House and they are the talent buyers for the whole fest, so that makes sense in all kinds of ways.

He is always welcome to join us and he had Kang join him in 2015 EF during his set to perform the song “Dubuosca” which they wrote together back in 2004. The last time we had him on stage with us was a Sea Of Dreams San Francisco 10 or more years ago. Another colab with him at Electric Forest would definitely be one of the all-time highlights of Electric Forest lore, should it happen.

AAA: Over the past years of performing at Rothbury/ Electric Forest you’ve played with some of the most iconic names in music history. If you had the opportunity to bring back one band to share the stage with, who would it be and why?

JH: I’m partial to wanting to do another Lauryn Hill collab with SCI because we pulled it off and she was great to rehearse and perform with. It really broke lots of stereotypes of how she is seen in the rumor mill and what we’re allowed to try and do as a band.

From an EOTO sit in perspective to do again, we had one of the most fun sets when we played the Tripoli Stage lots of years ago, when it was tiny and still had a huge crowd. We had Lynx sit in and do an awesome drum n bass improv moment, followed by a Jeff Austin (Yonder Mountain) freestyle rap that was one of the best flows I’ve ever heard, followed by Bill Kreutzmann (Grateful Dead) coming in like a wrecking ball with full aviator goggles and our crew guy Chris Gewald hustling to get him a chair, some percussion, and mic’d up – ha, talk about catching lightning!!!

There’s really so much to look to for the future of EF collabs, I’m just looking forward the next most amazing thing getting ready to go down!