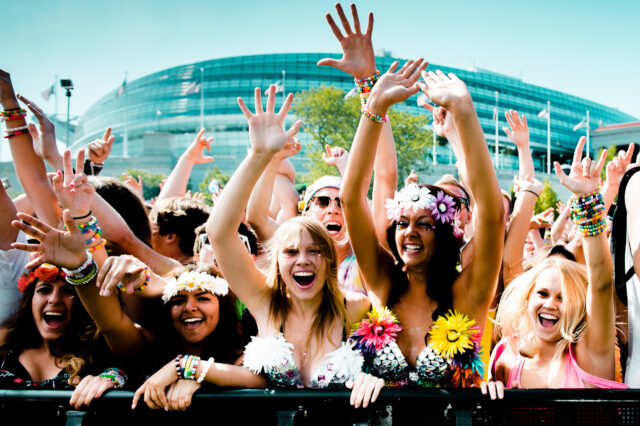 Spring Awakening is less than two weeks away! The festival has just announced ten aftershows for the weekend, along with opening and closing parties on Thursday and Monday. View the entire list of aftershows and buy tickets on Clubtix here.

Currently, the artists playing Saturday and Sunday night at The MID have not been announced (Hardwell and Tiesto??). The site simply describes the events as \”SAMF After: Special Guest TBA.\” However, there\’s ten aftershows that you can plan on attending now, and here\’s how I rank them in order:

1) Zeds Dead with Justin Martin and Branchez at Concord Music Hall (Sunday) – Coming off the NYE run at Aragon Ballroom, Zeds Dead will play the much smaller Concord Music Hall on Sunday night. I\’ve seen Zeds Dead countless times and they never disappoint. Taking place on the last day of the festival, Zeds Dead fans will definitely bring a great vibe to this show. With support from Branchez and Justin Martin, this night has a little bit of everything and I HIGHLY recommend attending.

2) Eric Prydz at The MID (Friday) – Eric Prydz at The MID is probably the most buzzed about aftershow of them all. Prydz stopped at the MID on his Generate Tour in February, but that show was on a Monday night. Seeing Prydz in a small venue like The MID should not be passed up – tickets will sell out fast, so be ready.

4) Tommy Trash Yacht Party (Friday) – Well-respected electro house producer Tommy Trash will board the Anita Dee Yacht at DuSable Harbor for an afterparty Friday night. Tickets start at $115 on Clubtix, but that includes a three hour open bar on the yacht.

5) Brillz at Evil Olive (Saturday) – Similar to the Boys Noize Records Lollapalooza afterparty, Evil Olive is hosting an official Spring Awakening Aftershow. They\’ll bring trap producer Brillz, who has one of the most unique bass music styles I\’ve ever come across.

6) Martin Garrix at Concord Music Hall (Friday) – Last summer, I attended the Martin Garrix Lollapalooza aftershow – it was an amazing, ridiculously fun performance. Now, with millions of fans and a song featuring Usher making its way to the radio, Garrix\’s style is more commercialized and much different from last summer. However, seeing him at a small venue like Concord is still a can\’t miss show for Garrix and Spinnin\’ Records fans. Be sure to get there early to catch sets from Antics and Bentley Dean.

7) Eats Everything at Smart Bar (Saturday) – House DJ Eats Everything takes over Smart Bar on Saturday night. The only aftershow hosted at Smart Bar, this will bring a much different vibe than any of other afterparties. I would expect a lot of people not attending the festival to be at this one, so look somewhat presentable and be ready to dance until 5 A.M.

8) Flosstradamus at Concord Music Hall (Saturday) – Flosstradamus put on a great show at Aragon this December, but outside of a festival setting or expensive stage setup, I have a feeling a 2015 Floss show might be less impressive. However, with an 18+ age limit and help from The Trap House and Milk N Cookies, the trap will be ran at Concord on Saturday night.

9) Tujamo at The MID (Thursday) – Tujamo will kick off the weekend with an official pre-party at The MID on Thursday. Tujamo has a very unique style of electro house that you can hear in nearly all of his songs. He\’s not featured on the SAMF lineup.