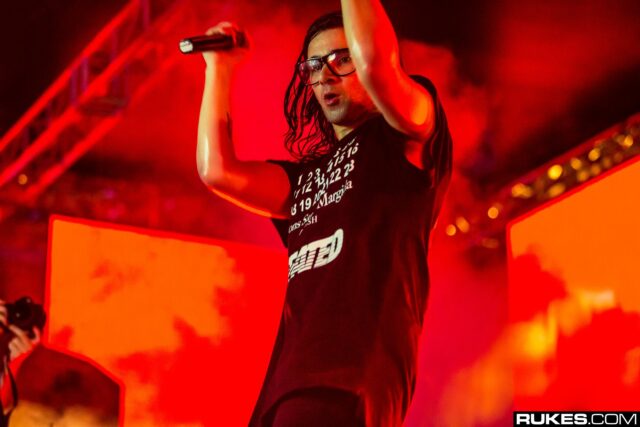 Snapchat is one of the biggest social media tools out right now, and if used properly, can serve as a great promotional outlet meanwhile a place to treat some hardcore fans with exclusive content. Skrillex clearly knows of this, or must be some marketing genius, because he sent the internet on fire last night after posting 2 Snapchats of him and some friends in the studio with some unreleased music, and many people are betting Skrill has been remixing with some other Dubstep colleagues.

The first Snapchat features a tune that sounds eerily similar to his \”BURIAL\” remix he did a while ago with Trollphace. Judging by what people are saying, it\’s possible this could be a VIP that he will soon be playing out during his shows. There\’s no doubt Skrillex is infamous for his VIP edits, so time will tell before we hear it in its entirety. However, feel free to compare the two:

The second Snap he posted features a track which has a hint of Zomboy in it, many hinting that it\’s a remix of Zom\’s \”Terror Squad\”. Others are saying it\’s a remix with Must Die. Whatever it is, it\’s beautiful and definitely has some pre-Bangarang Skrillex flair. Take a listen below:
Despite Skrillex posting the Snapchats himself and the Internet going insane, Skrillex\’s management declined to comment on the videos and offered no explanation as to if the tunes are Skrillex\’s work or not. So until we have something more, enjoy the 20 seconds of pure bliss above.