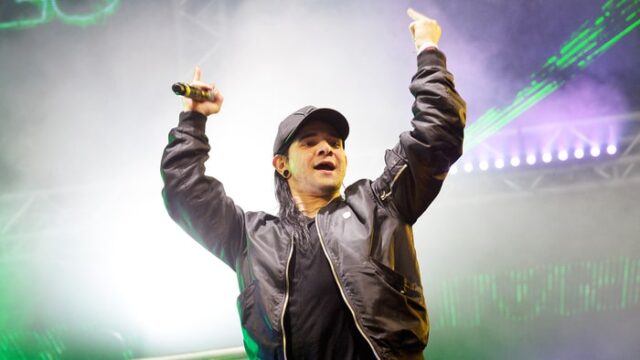 January 16th this year was an exceptional day for the global electronic dance music community. Not only was it Skrillex aka Sonny Moore\’s birthday, but also the day the iconic OWSLA head gifted fans old and new with the time capsuled track \’Make War\’.

Make War was released via From First To Last, Moore\’s former band from over 10 years ago, before he switched routes to electronic music production, so naturally many wondered if Skrillex was going back to his roots of being a rock vocalist.

And with recent speculations of parting ways with Jack U and Diplo piling up as well, curiosity has been peaking on what the future holds for the versatile musician.

While an official announcement has yet to be made, Sonny\’s reunion with FFTL seems like it will extend further than just Make War.

Last night is testament to this statement, as \’Emo Nite\’ in Los Angeles was met by a special performance from Moore and his FFTL band mates. We have acquired some clips of the night you may want to check out.

yep so that just happened… @fftlast reunited with Sonny at emo nite. pic.twitter.com/l34WCDmifb

So what you missed at @emonightLA tonight? @FFTLAST with original singer @Skrillex (oh u mean Sonny) first show in 11 years!! ????? pic.twitter.com/pFVK0qe2lU

From First to Last played their first show together in 11 years last night at @emonightla! ?? pic.twitter.com/cgnNKnUj1I

What does this mean? Is Sonny Moore officially rejoining forces with From First To Last? Is Skrillex taking a break from being Skrillex?

Further trajectories will only be revealed with time, but one thing is for certain.

Regardless of the musical direction Sonny Moore decides to pursue, we know it will be unique, impressive, and nothing short of outstanding.