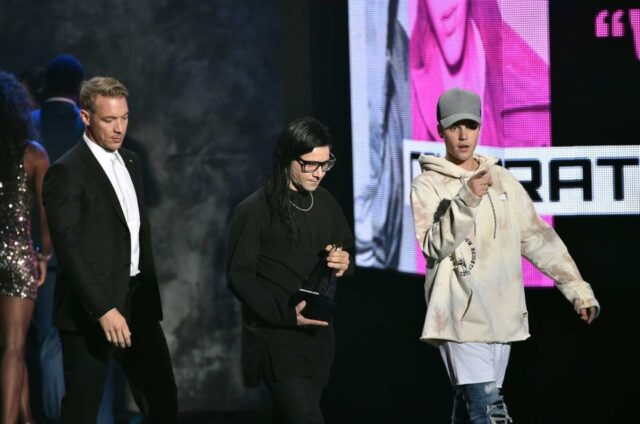 The 43rd annual American Music Awards took place tonight at LA\’s Microsoft Theater. At an awards show that is mainly geared toward pop artists, it was refreshing to see EDM artists nominated for categories other than \”Favorite EDM Artist.\” Tonight,  Jack Ü and Justin Bieber\’s \”Where Are Ü Now?\” won the \”Collaboration of the Year\” award.

Jack Ü and Justin Bieber were running up against some of the biggest pop artists like Taylor Swift and Beatles legend Paul McCartney. Because AMA winners are determined by most fan votes, this is exciting news for the EDM genre as a whole.

Watch Diplo, Skrillex and Justin Bieber accept the award below:

BIG shout out to @justinbieber+@diplo+@skrillex for taking home #AMAs Collab of the Year! ? https://t.co/pkIm8sXNEW

To conclude the evening, Justin Bieber performed \”What Do You Mean?,\” \”Where Are Ü Now?\” and hit single \”Sorry,\” which was co-produced by Skrillex.