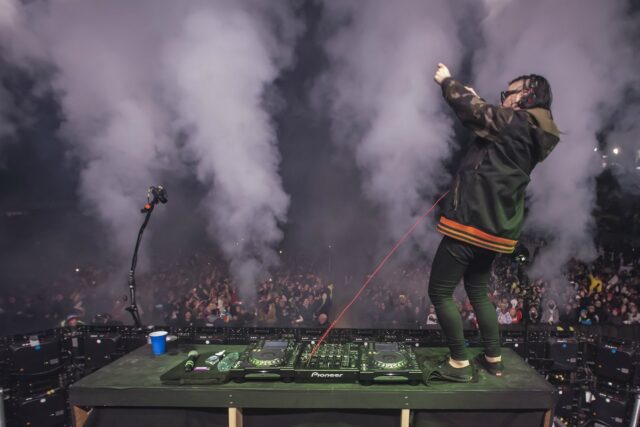 Well, this is quite the surprise. It seems that Skrillex found himself in some trouble with Hollywood police last night after playing music too loud out of his car. Reportedly, Skrill was playing some music in his new Tesla Model X when police pulled him over.

According to TMZ, not only was he playing music super loud, but Skrill failed to show proper identification. Shortly after, Skrill was detained, handcuffed and placed in the back of a squad car while the officers decided to investigate more. Thankfully, the police decided to let him go, but not before issuing a citation for ‘a noise violation and driving without proper ID’.

Good for us, Skrillex’s friend Colby Kline posted video of the interaction on Twitter, which you can watch below. Shortly after, Skrillex cleared everything up by stating that it was simply for playing music “too loud” and told Elon Musk, CEO of Tesla, that the sound system in the Tesla is fire. Check everything out below:

Leave it to me to play my music “too loud” ..these new demos are ? tho @elonmusk https://t.co/E6vob2j1ir

.@elonmusk ur system in the tesla model x is just too ????