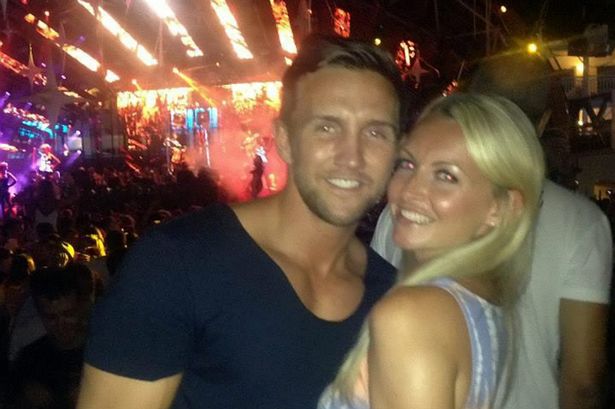 It started out as any romantic vacation should for Leah Parkes, 28 and boyfriend Charles Hendrie, 30 but later ended with a major plot twist — jail time.

Back in July 2013, the two Brits set out to Ibiza for a little fun in the sun.  What they didn\’t know was that they would quickly be led astray when they met a man named Abib Asfour from Wolverhampton who had the couple sell recreational drugs to club goers on the island.

What happened in Ibiza, did not stay in Ibiza.  The two lovers continued their illicit business with their new friend Asfour when they all returned home to the UK.

Police made the arrest after connecting them to a £1million MDMA drug deal that took place on November 6, 2013 at a Holiday Inn Express just off the M6.  After their return to the UK, Parkes and Hendrie arrived at the hotel near Stafford in a hired van.  Hendrie then traveled to collect 34kg of MDMA before heading back to the hotel.  Asfour and another unidentified man then entered the same hotel empty handed, but left carrying a shoulder bag believed to contain 3kg of the ecstasy-style drug.  Afterwards, Parkes and Hendrie left the hotel with a suitcase containing 16 packages of the drug which the police later discovered during a targeted stop-check.

See photos of Parkes and Hendrie below.