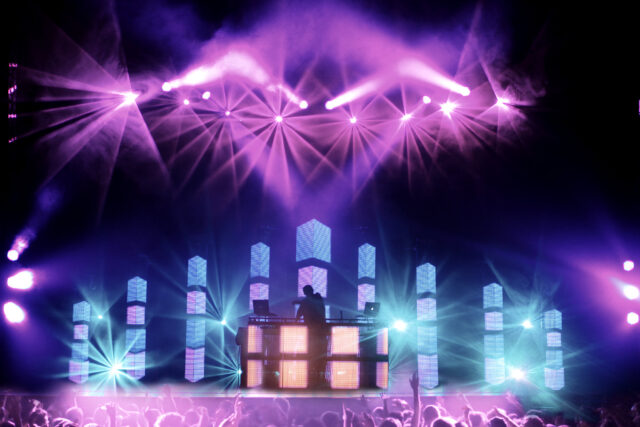 Pretty Lights and Silver Wrapper teamed up to create Island of Light, a destination festival in Fajardo, Puerto Rico. After devastation from Hurricane Irma and Hurricane Maria, Island of Light 2017 has been canceled.

In a statement on Facebook, Island of Light organizers stated full refunds will be available at point of purchase. In relief efforts, Island of Light encourages purchasers to donate part of their refunds to rebuilding.

The festival will hopefully reschedule for 2018, with a loyalty program in place for those who have already purchased tickets. 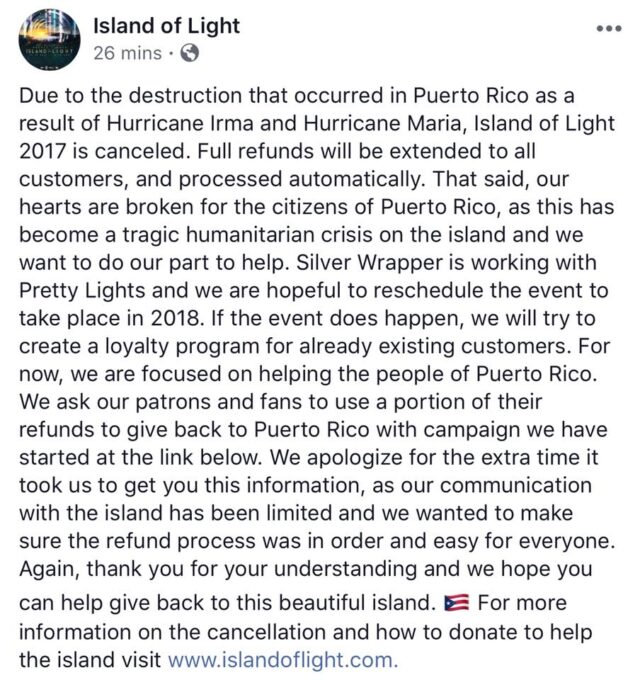