Home Tips What Is the Potential of Vinyl Record Manufacturers, and Could It Be...

The hot question ‘How to earn money on music’ has always been the top query for all artists worldwide. As a result, musicians discover possibilities and approaches to promote and sell the music most profitably. With years of experience, the ArtistPush company provides musicians with numerous services to reach their promotional goals. One of the methods is Vinyl LP sales.

The volume of Vinyl LP sales has reached unprecedented rates, but vinyl pressing companies are unable or unwilling to keep up, causing musicians to anger and panic.

Here’s a summary about vinyl today

In 2023, vinyl record sales totaled $1 billion, which was the highest for records since 1985, according to the Recording Industry Association of America. While vinyl record sales comprise just 11% of all revenues, their sales are increasing rapidly, showing a 61% increase in revenues from vinyl records in comparison to previous years.

Over the past decade, vinyl record sales have been growing rapidly. This is one of the few positives for performers and the industry, which has suffered a decline in retail sales over the last 20 years and a pandemic.

But the vinyl record-making process has not kept up with the trends, and it is the lesser-known artists who are suffering first and foremost.

That demand is outstripping the potential of vinyl record manufacturers is nothing new. Where once vinyl was only considered a popular hobby, now, a decade later, it has become a good source of income.

Many companies started to rebuild old pressing plants – and this caused excitement and delight among the vinyl-hungry consumers. However, as sales peaked, retro labels’ interest in reissuing their discs increased – starting with Nirvana’s 1991 smash hit “Nevermind” through to Art Blakey’s “Moanin'”, a 1959 hard-bop tribute to the genre.

Leading publishers are gradually conquering the entire production space. And as a result, private labels have been badly and hopelessly affected.

So far in 2020, the Rainbo Records Pressing plant – the largest in the country – went out of business. The number of requests for pressing has jumped considerably over the last year, so the production volume is much lower today than ever before.

Vinyl has been an issue for many people, but they’re worth it because it’s so cool. Just the artwork and the process itself

The problem is that black vinyl discs are expensive, extremely heavy – and require more space in the band’s minivan packed with instruments and musicians while touring. Vinyl gets damaged by overheating. However, it sells very well.

Admittedly, when ordering the next record for a band, vinyl production time has tripled – it now takes 12 months instead of four.

Delaying the release of a new album to releasing vinyl is not an easy step for any independent band, although it has been happening more and more often lately.

This was revealed in a video address to the world’s leading labels by press owner and rock star Jack White last year.

‘In 2017, Third Man Pressing, founded by publishing company Third Man Records, was opened with his own money,’ White said.

While the former White Stripes leader noted that it is the major media labels that are largely responsible for the lagging production that is driving independent artists out of the rotation, the presses at his Detroit plant are running non-stop.

Today, pressers like him have new and up-and-coming artists who don’t want to wait a year to release another run of albums. As a result of this problem, musicians will be deprived of the opportunity to release their music products on the largest and fastest-growing medium of sound.

“As a result, leading labels Warner Brothers, Universal, and Sony have had to set up their pressing plants so that, as the MC5 said, “you are either one of the causes of these problems or you are the solution”, he explained.

According to Dustin Blocker, co-owner of Hand Drawn Pressing, his company in Addison, Texas, is simply flooded with orders. With the beginning of the pandemic, the number of requests for presses has skyrocketed from majors and smaller studios and music groups alike. Starting in August, lead times had already reached a year. His team has switched to working around the clock five days a week. TPR contacted Sony and Universal Music to find out what they plan to do if the backlog continues, but got no response.

Here’s how the average press plant is set up

There are steam boilers, cooler systems, and pipes of enormous size, basically when you see these big factories in the world you see a 3,000-square-foot room and the water circulating in it that is required for these factories to function.

It can take several years to build a plant, and then there is the need to train the employees, which is considered painstaking. In addition, he worries that the rush to get the equipment up and running will worsen the quality of the records produced – with the characteristic hiss, squeak, and fading sound levels that are often associated with this medium.

Manufacturers are stamping out as many records as possible in the hope that they will sound good, in a way that digs a hole for themselves.

No one is going to spend $25-30 to get a disc with bouncing and popping sound and distortion and misalignment. And that is not at all what people expect.

In Blocker’s view, none of the major record companies see a solution to this problem by launching new plants – because it’s just an old analog development that requires a lot of infrastructure and a lot of wasted time.

According to Hand Drawn, its production volume has increased by 250% in the last two years and it now turns out over 1 million records a year. True, they are not immune to logistical problems either.

For a year, the company has been waiting for a Canadian manufacturer to provide it with another pneumatic press for vinyl disc production, which would allow it to double its output. 3 Tips for Guys: Should You Buy an Adult Toy For Yourself 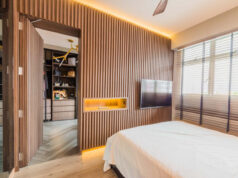 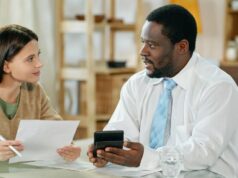 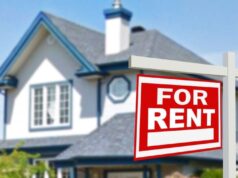 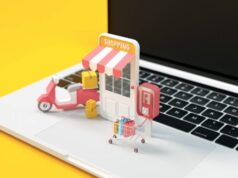 How Crucial Is UI/UX in the User Online Shopping Journey? 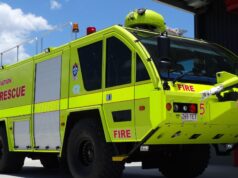 6 Most Interesting Fire Service Vehicles from Around the World