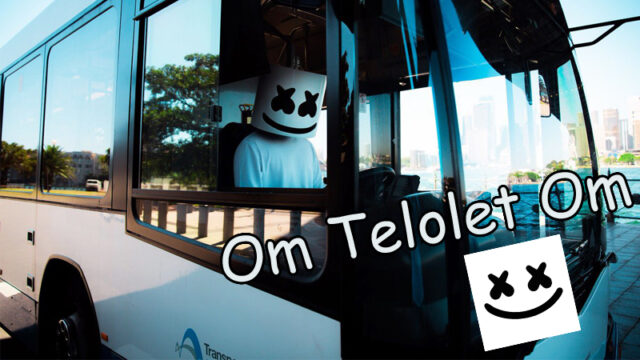 If you\’ve seen the words \”Om Telolet Om\” on your social media, there is probably much confusion on what that actually means. Admit, you\’ve probably ran a google search to find out what it is. A lot of DJs and producers have shared the words in some way or another on their social feeds.

The phrase comes from an Indonesia. The phrase apparently mimics the sound of Indonesian city buses and started with the below video. The phrase literally means “sir, honk your horn sir” which children would shout at the buses passing by. The sound has quite a bit of an EDM flare to it. This became so popular that traffic jams began forming throughout the country.

The below tweet has more of an explanation. We can\’t wait to see what else comes from this intriguing meme.