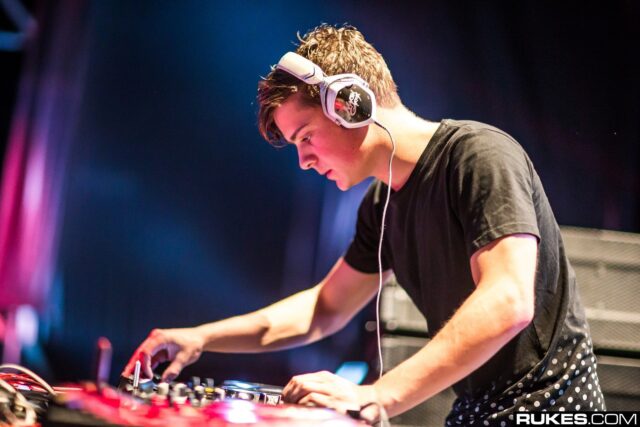 Any artist performing at Ultra is without a doubt scrambling to get graphics done at the last minute for their show. Whether it be for new tracks, mashups, etc., most artists typically have some really mesmerizing graphics to go along with their sets. Martin Garrix is no objection to this, and currently posted that he\’s working with his team on some new graphics for Ultra. Unfortunately, it doesn\’t seem like this picture got the heads-up from Ultra\’s people. This is the photo in question:

Within the photo above, via Garrix\’s Instagram, the computers in the back seemingly prematurely display the mainstage design for this year\’s Ultra. The screen on the left showcases the lighting cues, hence the audience point-of-view, where the screen on the right is dedicated for graphics, and show the full resolution of all the displays that will be equipped on the stage. While the renders show a very very loose image of what the stage will actually look like, this could be sure to piss off the wrong people. However, it\’s worth mentioning that Garrix is tight with Ultra\’s executive producer, Adam Russakoff, so it\’s possible that the two have teamed up again to release some exclusive photos via Garrix.

Besides the \”scandal\”, what are your thoughts on the leaked stage designs? Ultra is most definitely continuing to step the game up every year.