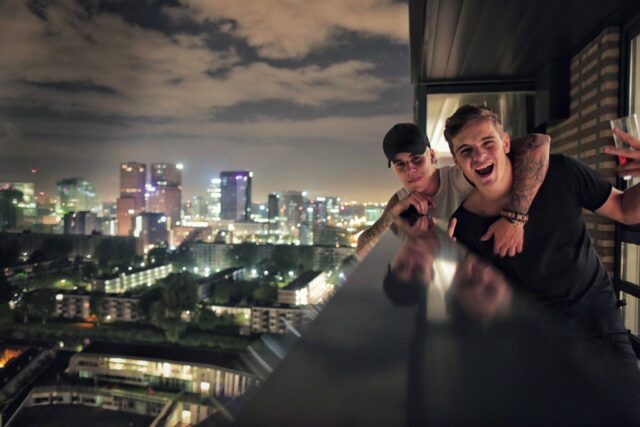 Well, it\’s unofficially official: a Martin Garrix & Justin Bieber collaboration is in the works, or at least in the very early stages. The 19-year-old Dutch producer just confirmed the news to a fan over his newly minted label\’s Twitter account, STMPD RCRDS. <Cue: Fan Girl Squeal>.

Both Garrix and Bieber are managed by Scooter Braun, who has been instrumental in bringing both of their careers to the pinnacle of EDM and pop, respectively. Since Justin Bieber’s foray into EDM with the massive collaboration “Where Are Ü Now” with Jack Ü, his career has been reignited and has seen him perform at the VMAs for the first time in 5 years to huge fanfare.

Granted, many of us were skeptical of Bieber\’s original foray into EDM. After all, Bieber was a pop-imposter to the EDM community. He has been a Hollywood tabloid target, time and again, for his ridiculous \”coming of age\” antics; and we know tabloid attention has been known to inevitably tear down any given artist\’s career.

However, the wide scale commercial success of his Jack Ü collab (which was, in itself, a resurrecting career move) has proven that the \”Biebs\” is not just a passing trend in the EDM world, and that the young pop star is finally starting to take his musical career seriously. Not only is his voice perfectly suited for EDM (I mean, whose isn\’t with vocal synthesizers), but his passion for EDM has shined through the mega-pop-capitalist limelight in really genuine ways: In his MTV VMA performance as well as his Grammy acceptance speech with Skrillex and Diplo. This is a young man who has respect for producers to do the work that he knows he is not capable of himself. And for that, we respect and salute him, for helping to usher in the new era of the producer (rather than the face).