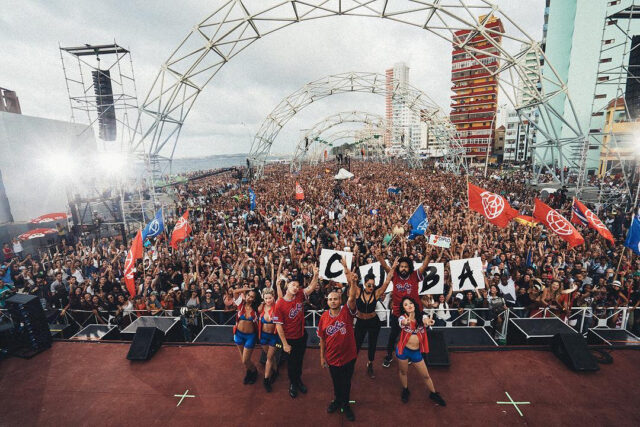 Back in January, Major Lazer announced that due to the restoration of U.S. & Cuban diplomatic ties, the group would be one of the first American acts to perform, in front of the U.S. Embassy in Havana. Yesterday, Major Lazer performed their show and had a massive turnout, with over 400,000 people coming to see the show, as it was free for anyone. The concert will of course is a huge accomplishment for Major Lazer, and will definitely be considered historic by some. Diplo will also appear on a special interview with CBS\’s Charlie Rose from Cuba, airing tomorrow. Billboard compiled a list of videos of the event, which we\’ll link and update below:

TO THE PEOPLE AND THE COUNTRY OF CUBA THANK YOU. WE HAVE BEEN HUMBLED BY YOUR LOVE pic.twitter.com/4KkYBZb0ih

A couple people came out for @majorlazer in Havana.

.@diplo and @majorlazer took Havana. And it was ridiculous. pic.twitter.com/tKeE9pxFlK