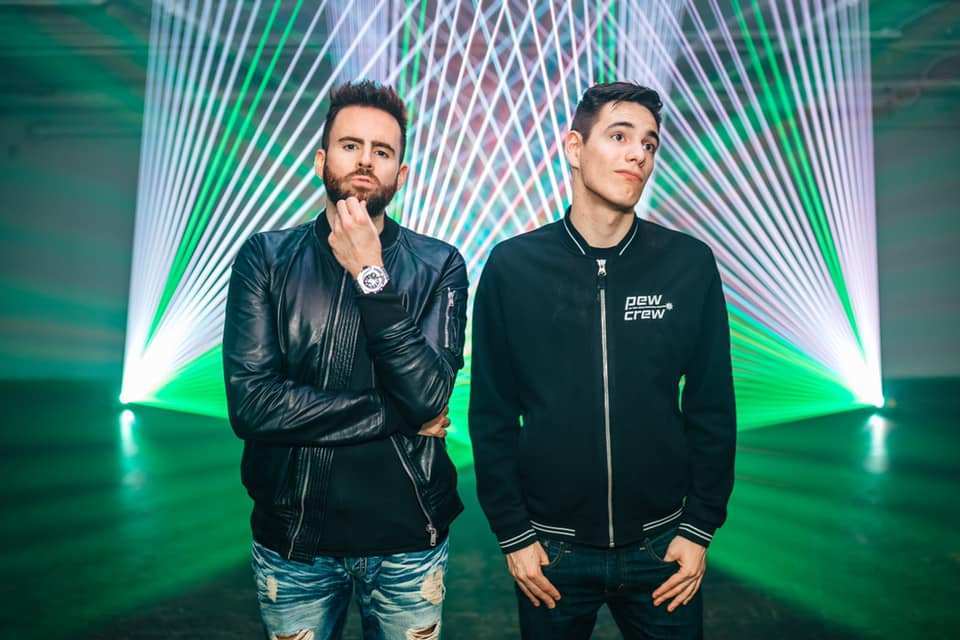 It’s a rewarding feeling coming full circle to your hometown and illustrating a redefined side to your roots. That’s exactly the feeling concert designer Anthony Garcia holds with the most significant Laserface show of his career coming up on October 26th at The Armory in Minneapolis.

Anthony Garcia grew up in the midwest town of Mankato, Minnesota, where he spent those all-too nostalgic years of childhood and high school. Bouncing over to the West Coast to Columbia College of Hollywood, it was the path from film school to the production industry wherein he realized his passion wasn’t just to record moments, but create those special moments himself.

At age 18, Garcia was running freelance work programming lasers and pyrotechnics. One and a half years into college, he left to pursue a dream career that combines music and production. Tracing his steps back to his first official project, he notes Calvin Harris’ “Summer” music video as a turning point.

From there he continued freelancing for many Los Angeles-based festivals including Insomniac’s Escape: All Hallow’s Eve, Nocturnal Wonderland, and White Wonderland, as well as laser tech work for Zedd, Axwell Λ Ingrosso during Coachella, the Sanctuary Art Car at Burning Man, and a private Avicii gig among others. Drawing influence from Swedish House Mafia and Coldplay and touring with artists like Zedd, Excision, and most recently Gareth Emery, Garcia aka Nicelasers has established a recognizable name for himself in the electronic music and show design spaces.

“This show is really all about my friends, family, and everyone I grew up with who supported me from day one as I got into production. This is everyone who got me to the point of where I am today, and now they get to experience everything I’ve been working on for years right there with me. It’s going to be really special.” – Anthony Garcia

Find tickets for the event HERE.