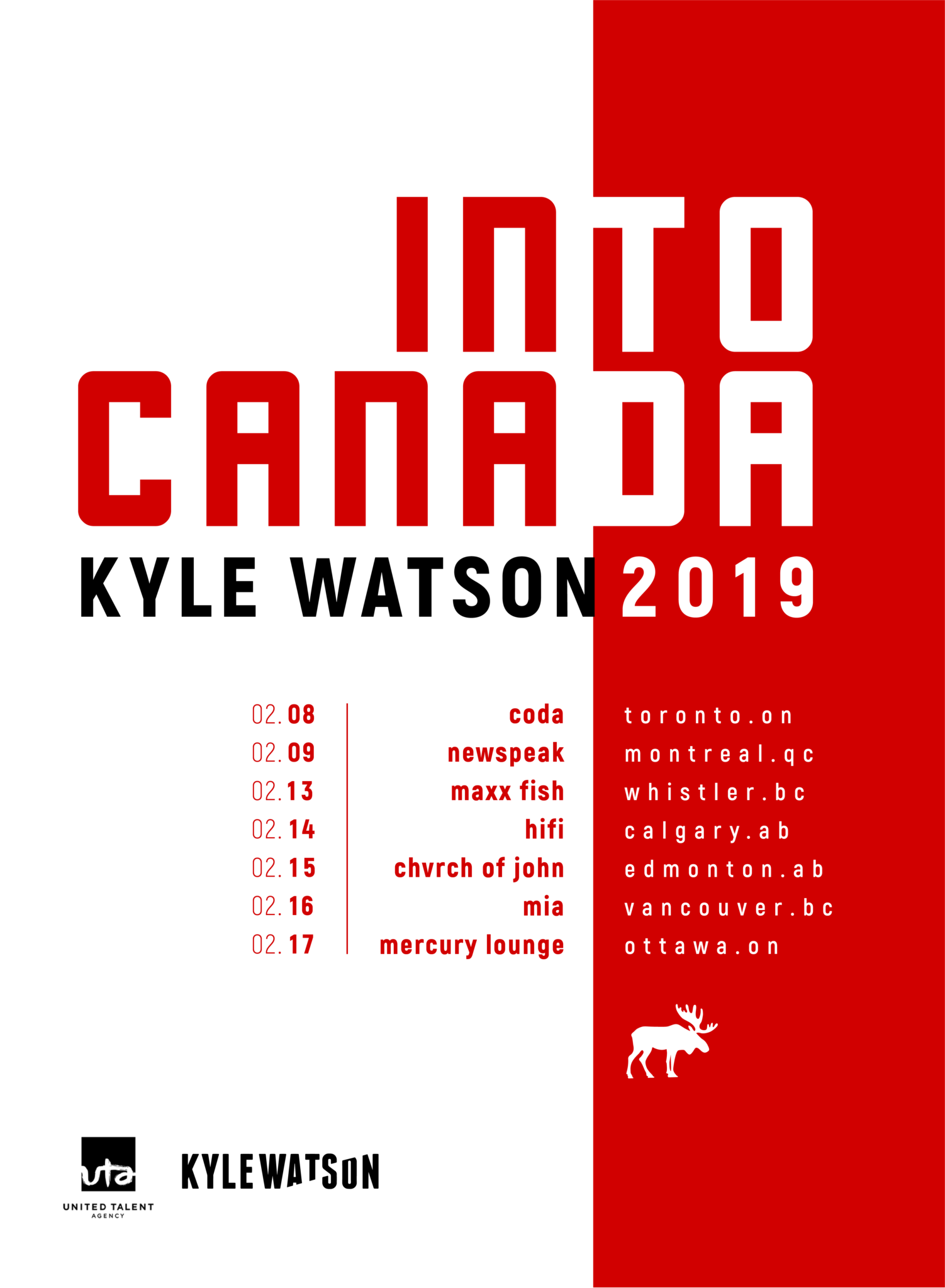 Blazing the trail northwards after the release of his debut album, ‘Into the Morning’, South African producer Kyle Watson has officially announced his 2019 Canadian album tour, ‘Into Canada’. The ‘Into Canada’ tour follows his recent U.S. tours, which saw him headline in major markets, from Detroit to LA, and perform at massive festivals from Electric Forest to CRSSD Fest, Shambhala & the prestigious Dirtybird Campout in San Francisco.

Watson won’t keep Canadian fans waiting for long, as his tour is set to begin in early February 2019. Kicking off in Toronto, the seven-show stopover will make its way to Montreal, Whistler, Calgary, Edmonton, and Vancouver, with a closing show in Canada’s capital city, Ottawa. The recent ‘Into the Morning’ U.S. tour stopped in seven different cities including huge shows in Portland, L.A. and Seattle. After playing a mind-blowing sold-out show at Los Angeles’ very own Sound Nightclub, there is no telling what Watson has in the works for his ‘Into Canada’ tour.

‘Into the Morning’ has proven to be one of Watson’s most unique projects to date. The album includes ten versatile tracks with collaborations and features from the likes of PHFAT, Franklyn Watts and more. Holding nothing back, Watson delves deep into a variety of genres from tech-house, to R&B, bass-house, and even hip-hop. ‘Into the Morning’ is a true testament to the broadening of Watson’s musical horizons, and he plans on bringing his unique flair to each and every stop on his upcoming tour.

KYLE WATSON – INTO THE MORNING [THIS AIN’T BRISTOL] [STREAM]

After gaining support from house gurus such as Chris Lake, Claude VonStroke and Oliver Heldens, the journey for Watson has been one of rapid ascension. The internationally acclaimed producer & DJ has never been afraid to step outside his comfort zone, and his boundless appreciation for eclectic music will continue to drive crowds worldwide.