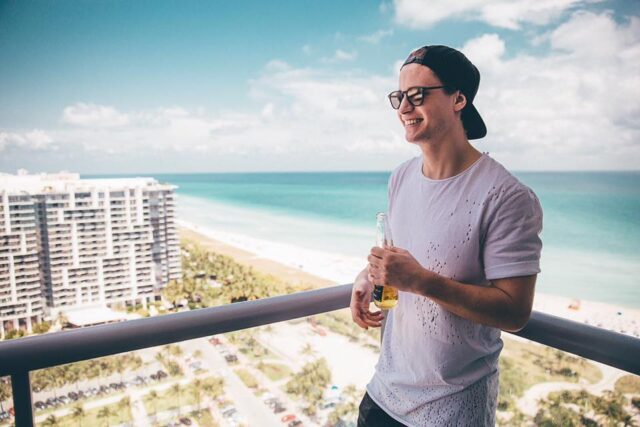 Ultra Music Festival has already begun to ravish the eyes and ears of Miami locals and travelers from around the globe. Friday night at the main stage featured the likes of Tchami, Alesso, and Major Lazer. In a supreme moment of suspense, just before Martin Garrix was scheduled to take the stage, the roar of the crowd ceased and the lights went down.

Moments later the immaculate stage illuminated and for the next twenty minutes, Kygo won over the crowd of Ultra’s main stage. In a brilliant balance of original tracks and special collaborations, the Norwegian DJ blessed Ultra with not one, but two virgin tracks—future hit singles without a doubt.

“Never Let You Go,” yanked the heartstrings of the unsuspecting Ultra Miami crowd. The track began with strong, yet breathy male vocals and pulled the sea of witnesses into a glorious, disco-style singalong. The upbeat temp and catchy lyrics, true to Kygo’s tropical house spirit, set the vibes right.

The second track, “Kids in Love,” sent angelic synth ripples over the crowd before erupting in heart-pounding bass beat and striking piano chords. With tracks like these, Kygo is sure to steal your heart—or your girl. Check out the full videos!