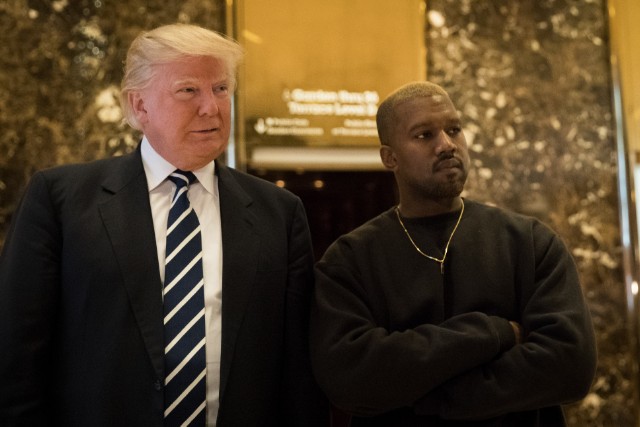 Remember when Kanye West announced at the 2015 VMAs that he was going to run for President in 2022? West even said that Donald Trump winning presidency only reaffirmed his desires to pursue his dream.

“Rappers are philosophers of our now, celebrities are the influencers of now, just look at the president. [Trump] wasn’t in politics and won.”

West’s plans seem to have changed as of today, however, as he has postponed his presidential run to 2024, following a visit to Trump tower to discuss his potential roles as “an ambassador of sorts”, according to E! News.

Kanye elaborated the circumstances through his twitter handle saying,

I wanted to meet with Trump today to discuss multicultural issues.

Will Kanye be working closely with Donald Trump?
Are celebrities really the influencers of now?
Is Kanye actually going to be involved in politics?

Only time will answer these questions.

What we know as of now though is that Kanye West will be running for President in #2024.