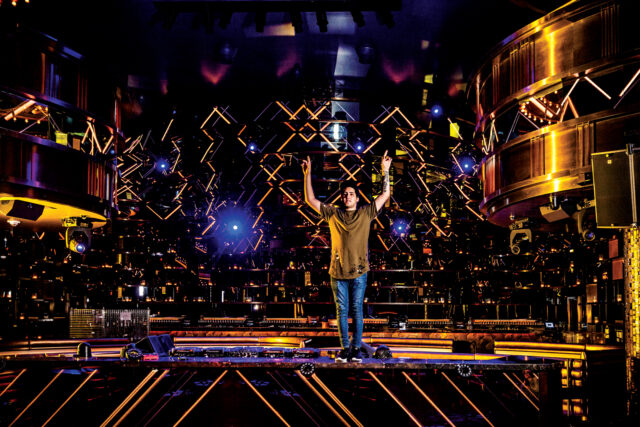 The second stop of Jauz\’s Off the Deep End tour hit the legendary Bill Graham Civic Auditorium this past weekend. This is Sam Vogel\’s second headlining tour since he broke out in the electronic scene in 2014. The Saturday night event was perhaps Vogel\’s biggest show to date, selling out the entire auditorium. Before Vogel took the stage, incredible opening acts came from Goshfather, Ghastly, and Slushii. Furthermore, popular Bay-area rappers Too $hort and E40 made noteworthy guest appearances.

If you have ever seen a Jauz set before, you know that there are always rock and metal influences spun into the heavy electronic set. The night included fan-favorite mashups like Blink 182\’s \’Down\’ into a Swedish House Mafia classic, \’Save the World\’. On top of that, Vogel even mixed Linkin Park\’s \’Numb\’ into his classic bass-house flare.

In typical Jauz\’s fashion, he revealed some incredible new tracks throughout the night, like this one below.

You can catch Jauz on one of his eleven additional stops across the country from now until March. Major stops include Las Vegas, Los Angeles, Denver, NYC, and Atlanta.