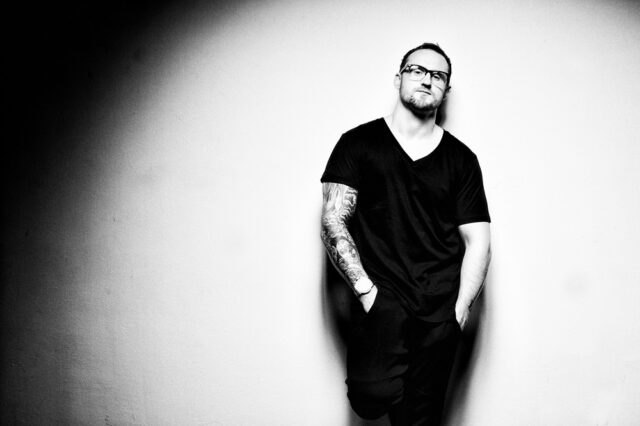 Today (January 21st), Low Steppa will kick off his first official tour, which is taking place in America. The UK DJ & producer will bring his distinctive House sound to 8 venues in 5 different states. If the name \’Low Steppa\’ doesn\’t ring a bell, this busy guy also worked under numerous aliases and on different side projects since the early 2000\’s, such as Twocker, Rudi Stakker, Bass Weazal, Dreadstemz, Punk Rolla and Will Bailey.

I spoke with Low Steppa about his US tour, his own imprint Simma Black Records and new music he is excited about.

What kind of music did you listen to when growing up in the UK?

I listened to loads of different stuff, but I remember when I was really young I was mad on David Bowie, Prince, and Michael Jackson. Then it moved onto Nirvana, Megadeth, Green Day and then I heard the Prodigy ‘Experience\’ album along with some rave and jungle tapes being passed around and they changed my world from that point on!

What artists are on your radar right now?

There are always new artists everyday but off the top of my head right now, Man Without A Clue, Ardalan, Leigh Oliver, Mike Millrain, Newbie Nerdz, Skapes…

You have your own label \’Simma Black\’. Can you tell us more about that?

Yeah I started the label to mainly put my own music out, but now its turned into a full blown label supporting other artists as well as my own music. Its really grown lately, in fact we were recently ranked #54 for Beatport house labels which was awesome. Beatport have been really supportive of the label.

How are you preparing for your American tour?

There isn\’t much preparing to do because I just plan to play it by ear, read the crowds but at the same time just try and do my thing and enjoy myself.

Are you taking any exclusive tracks with you?

I have lots of my own stuff that I\’m road testing at the moment and some edits of other tracks that I\’ve made for my sets.

What else do you have coming up/ are you excited about?

I\’m really excited about a free album I\’m giving away in February in addition to a new EP on Simma Black coming out a few weeks after that. I\’ve also got my single \’So Real\’ coming out around March too. Lots of music basically! I’m working with a few artists like Martin Ikin and Skapes which is always nice for a change.