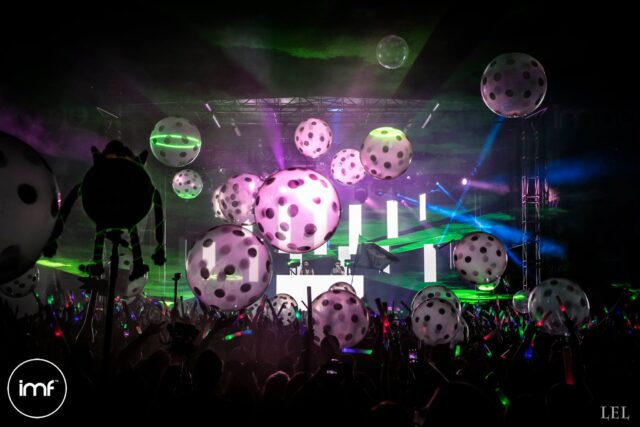 Imaginers the aquatic fairytale is about to commence. Each day gets closer and closer to a brand new tale to be told and each day details about the festival get more crisp and clear. On Wednesday Imagine Music Festival announced the set times for each day as well as single day tickets were on sale too. Imagine\’s Facebook account posted the holy grail of all pictures which revealed the sets times, the number of stages, and even the name of the stages.

“The only thing that can make the lineup even better, is stacked runs jam-packed with juicy back-to-back surprise sets.” Says organizers Glenn & Madeleine Goodhand. “Each stage packs a heavy punch with dueling Funktion-One and D&B Audiotechnik sound systems. While it\’s easy to become mesmerized by individual stages, we hope our guests take a journey with us and explore the exciting mix of talent across all of the 7 different stages and Silent Disco.”

Dancing water fountains and captivating 3D images brought to you by AQUA will float next to the headliners, as they play out their set on the main “Oceania” stage.  Friday night kicks off with a heavy back-to-back set by Caspa X Rusko before Snails, Steve Angello, and Borgeous. Saturday sees Showtek into Adventure Club, Dillon Francis, and Zeds Dead. The live “Amazonia” stage hosts an incredible run on Saturday with G Jones into Minnesota, Papadosio, EOTO, Lotus, and an extended set by the Disco Biscuits. Closing out the weekend on Sunday, Oceania hosts a grand finale of talent with Benny Benassi, 3Lau, Borgore, Nero, and Excision. Other noteworthy performances include Pendulum (DJ Set & Verse) at the Aeria stage on Saturday at 11:00 PM,; DJ Hanzel on the Disco Inferno stage Saturday at 9:55 PM; Leah Culver at 2:45PM at Oceania on Sunday; and Gramatik on the Amazonia stage at 2:00AM on Sunday.

Single day tickets are on sale as of now too for all of those Imaginers who unfortunately cannot experience the magic of all three days. Imagine Music Festival is produced by Iris Presents. Visit www.imaginefestival.com for the most up-to-date information. Stay connected on Twitter at www.twitter.com/imaginemusicfes and on Facebook at www.facebook.com/imaginemusicfestival.