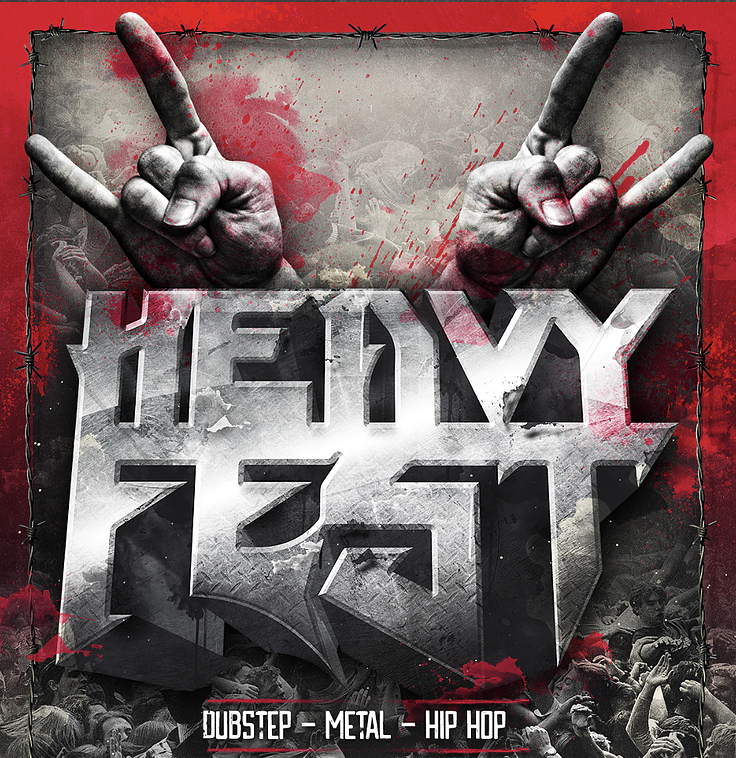 Do you ever wonder what a heavy metal, hip-hop and dubstep festival lineup would look like? Well… it’s time to stop wondering and time check out Heavy Fest! Taking place at the legendary Worcester Palladium on November 10th, this festival will be groundbreaking (literally).

Headlining the inaugural year of Heavy Fest is UK metal band Asking Alexandra. Also on the bill is Brooklyn based hip-hop duo The Underachievers, rising dubstep heavyweight Sullivan King, Figure (Terrorvision Set), Sayer and Death Ray Vision. This lineup is sure to draw many different types of fans from all three genres with one thing in common; the love for extremely heavy music.

Heavy Fest is the product of Adam Straughn (Above The Sky Productions) and NV Concepts. Straughn took a very specific approach when booking artists. He shares “When we chose a dubstep act, we wanted to make sure that they had roots in metal or incorporated metal elements in their sets.” As far as bands go, Heavy Fest searched for bands that “included more modern techniques like sampling or the use of synthesizers.” Last but not least, the hip-hop groups on this lineup are the “heaviest, most hardcore acts available. Stuff that metalheads and bassheads alike will appreciate.”

Tickets for Heavy Fest are available on the festivals website. View the full lineup below: 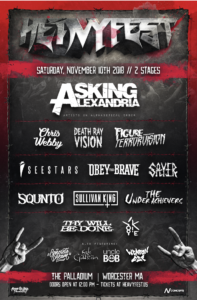