Home News Hardwell On His New Album and The Mainstream 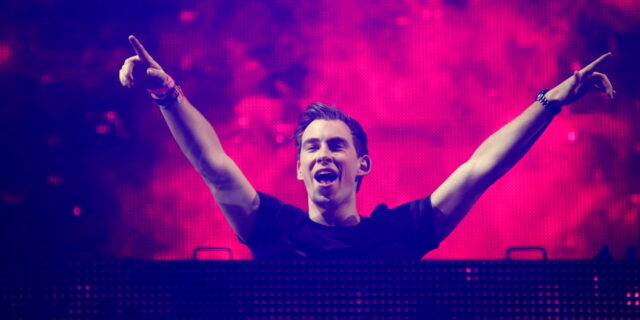 In a recent Billboard interview, the world\’s #1 DJ opened up about his recent album \”United We Are,\” his controversial track \”Sally,\” and his personal creative process.

Unlike many of the most popular DJs currently out there, Hardwell has maintained an image and creative focus centered on the festival stage and his live audience. Rather than crafting countless singles with the expectation of radio hits, Hardwell\’s lengthy album has become a representation of his dedication to the longevity and value of a true artist.

Check out his interview below, and take a look inside the head of one of the most influential artists of our era.

What does your first artist album represent to you?
I think my album represents what I\’ve been working on for the last 10 years, working hard on my own identity as a DJ and producer, and I think this album represents my sound. I didn\’t jump on any bandwagon deep house trends or whatever. I just tried to put out an album that is as diverse as possible for an artist album. I\’m really satisfied with the result of the album.

Did you feel any pressure to change your sound from yourself or others?
Definitely from myself. An album is not like an hour-long DJ set, you know, hit after hit and then build up to one big climax. With an album, I wanted to show the diversity of my love for dance music. For example, my track with Funkerman is not a track you\’ll usually hear in my DJ sets, but if you know my sound from five or six years ago, you\’ll know it\’s definitely a Hardwell record. \”Arcadia\” is more of the current EDM sound, but there\’s also \”Colors,\” the track with Tiësto, that represents the older progressive sound from two or three years ago.

Talk a bit about your setup, location and workflow on the album.
It depends on each track. Tiësto and I started working on \”Colors\” exactly the same week we worked on \”Zero 76\” years ago. It\’s been awhile since we started working on a track, which was in my studio here in Breda. On \”Sally,\” the track with Harrison, I just met him in Ibiza last summer. We went to the studio in Ibiza and recorded the track, so that track is completely recorded in Ibiza. The whole track I did with Jason Derulo, well we were constantly on Skype together in the studio, but I was in Breda and he was in Miami. It was a back and forth thing. It was the first time I ever made a track over Skype, and it worked really well.

Let\’s talk \”Sally.\” It represents a departure from your usual sound and drew mixed fan reactions. What were you trying to achieve there?
I came up with the idea for \”Sally\” since I\’m always playing my bootleg of Nirvana\’s \”Smells Like Teen Spirit,\” and my fans love it when I drop that. I wanted to do a crossover track with rock and more EDM elements. I think I don\’t have to explain — but progressive house music is not going to work with rock music. So I wanted to do a really easy, hard-hitting EDM track; the drop reminds me a bit of \”Spaceman.\”

Harrison came up with the lyric, and that\’s the shocking part for most people. The thing is, he explains this to me: Sally is not a fictive person. Sally is a term in the rock industry that\’s been used by the Beatles and Eric Clapton, and if he says \”I\’ve been f—ing Sally,\” he\’s saying he doesn\’t give a f— about what\’s going on. That\’s the definition of the song. When he explained this to me, I said maybe it\’s cool for Hardwell, who\’s always been seen as that nice and normal guy from Holland, to make something more shocking. I really like the lyric. It\’s something different. And of course you don\’t listen to this track in your living room. Picture yourself getting drunk with your friends at 2 or 3 am, and you play that \”Sally\” track.

Why didn\’t you move to LA to make your album with a major label akin to Avicii or Calvin Harris?
A lot of big labels approached me to come to L.A. with a big studio and singer/songwriter list. Most of those dance acts are completely aiming for radio and want to make an album as commercial as possible and make a lot of money with that album. All of my album\’s tracks are made for the dance floor and not for the radio. They still have that punchy kick drum and it still feels like a festival album. I\’d been A&R on my album for the last five years, and I did it before at a record label. I know exactly what I want to hear. I\’m not stuck in my sound. I decided I would release it on my own label. You know what still bothers me? A lot of big labels have an A&R manager who\’s over 40 years old, who hasn\’t been to Ultra or any club in the last 20 years, and that guy is A&Ring a dance music album. I just don\’t get it. If I doubt whether a track works, I\’m just going to play the instrumental version in my set and judge where the crowd takes it.

It sounds like you preferred to make the album on your own terms.
Exactly. I didn\’t feel that connection to actually go to L.A. and work there. Everything that made Hardwell popular came from my studio here in Breda, and I didn\’t want to take myself out of this environment and change things up. I felt safe here and still feel safe here. I knew exactly what I wanted to hear. I worked with Bright Lights and Amba Shepard again because we have such a great connection. I\’m really proud of the tracks we\’ve done, so why not work on a new track together? I wanted to make this album for my fans and my festival sets. I wanted to show what Hardwell was about and still is about. I didn\’t want to shock my fans with something completely different. Now after the album, it\’s time for me to reinvent myself, reinvent my sound, and come up with something completely new. Something that\’s less safe and experiment a bit more than I did on the album.

You project a certain image to the world in the social media era. What aspects of yourself do you wish you could showcase to the public more consistently?
The first thing that pops into my mind is my DJ skills. A lot of people always see the EDM DJs as button pushers, especially when deadmau5 came up with that term. Well actually I started out as a hip-hop DJ and I won several awards in Holland for my skills. You can ask \”well why don\’t you show your skills in your DJ sets?\” But it\’s not common to scratch and use turntablism in progressive house music. It\’s very disturbing. It interrupts the whole DJ set, because with this kind of music you need to tell a story to the people. That\’s something I want people to know, that I am a real DJ. I started as a DJ before I was even a producer.

Where do you see the balance between DJing and producing going forward in mainstream dance music?
There are no DJs anymore. Well just a few, and I\’m talking about the older guys. The newer guys are always producers that made a big hit record and now DJ all of a sudden. Sound-wise, I think it\’s a good thing that the underground and the mainstream are getting more separated. It\’s an answer and question thing. When something happens in underground, it directly touches the mainstream and when something happens in the mainstream, it directly touches the underground. It\’s exactly the same story how future house came about. Deep house is a super underground thing and there were a few guys looking for a crossover thing. A few years ago, the electro house sound was so popular that a few guys tried to combine it in a different way. Skrillex started making electro house, but not at a house BPM — there was dubstep, right? With things getting more separated and big room house going down a bit, there is maybe room for more trancey and progressive sounds. I think we\’re going back to the more melodic stuff and even more downtempo progressive stuff with guys like Kygo and Flume. I definitely think there will be more variety in the festival lineups within a year from now.