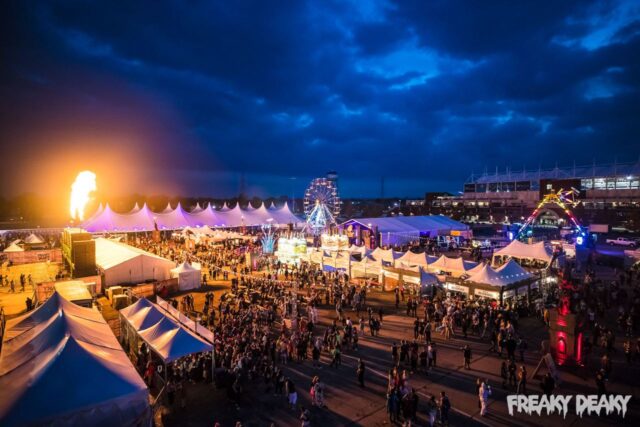 It’s no secret that people have aired their distaste for React Presents over the past few years, but this new change is bound to make Chicagoans slightly more peeved. An information handout, likely geared towards potential advertisers, was found deep within React Presents’ website and shows that Freaky Deaky 2017 is reportedly headed to the Wisconsin Center in Milwaukee, Wisconsin.

Despite no official announcement from React or Freaky Deaky themselves, this informational handout seemingly confirms that the festival will be making a move, and leaving its typical Toyota Park location – which is where the festival has been held since its debut in 2015.

2016’s Freaky Deaky had a less-than-stellar lineup when compared to 2015, but still managed to incorporate acts of multiple genres such as DJ Snake, Travis Scott, Disclosure and more. However, despite that lineup, a purported drop in attendance and likely revenue must not have been enough to keep the festival within the Chicago area.

We’ll keep you posted on anything that comes from React / Freaky Deaky, or when an official announcement is made.