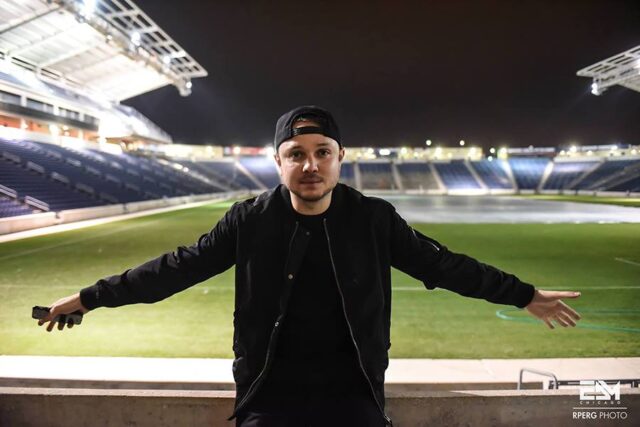 How was your set at the first ever Freaky Deaky festival?

It was fun! The crowd was great, the energy was great. Chicago always shows love, so it was awesome.

When was the last time you were in the city? What venues have you played here before?

Last time I played here I was at Concord. We sold it out on the night of a legit snowstorm. And everyone still came. It was crazy.

Where does your name come from, and how often does it get mixed up with fellow Freaky Deaky artist Borgore?

Well that used to happen a lot, but that hasn\’t happened in like a year. People know now. It\’s like Zedd and Zeds Dead or NERO and Nervo. In the beginning it was a bit of a pain in the ass, though. My last name is Borger, and Borgeous was a nickname people called me back in L.A., so I stuck with it.

You\’re probably one of the most well known big room house artists. How did you start playing that genre?

I don\’t really think of things in terms of genres. As you probably heard in my set tonight, I kinda just play anything that I want to play. I don\’t stick to one specific genre. That goes for producing and DJing at a show. I play my music and other people\’s music with my twist on it. Whether it be house, or trap, or dubstep, it doesn\’t matter.

Would you classify your music in any way?

How has your career changed since the release of \”Tsunami\”?

Everything happened so fast. \”Tsunami\” kinda just steamrolled over the world, and I was like, okay! \”Stampede\” and \”Wildfire\” too. Everything just kinda happened really fast and I went with it. \”Tsunami\” definitely paved the way for the rest of my music to get noticed.

That\’s your most popular song, but do you think it\’s your best?

Who are some artists that you\’d like to collaborate with in the future?

Well, I\’m working on an album for 2016. I have songs with Neon Hitch, Carina Round, Akon, and Pitbull. There\’s one with Michael Woods, too. I\’m just working on the album and seeing what happens. I\’d love to collaborate with the artists I grew up with. I incorporate a lot of rock in my sets, so people like Chris Cornell would be awesome.

What can your fans expect from you in the coming years?

I\’m gonna play a bunch of festivals again next year, like usual. Musically, be ready for the album that I\’m working on right now. \”Souls\” and \”Sins\” are coming out next week [OUT NOW], those are two really big ones. After that, I\’m gonna wait a few months and take a break for a bit. I\’ve been releasing a lot of songs, and I want to wait for the album.

Anything else you\’d like to say to your fans?

Thanks for the love as always, Chicago. I\’ll see you guys in January or February when I come back!