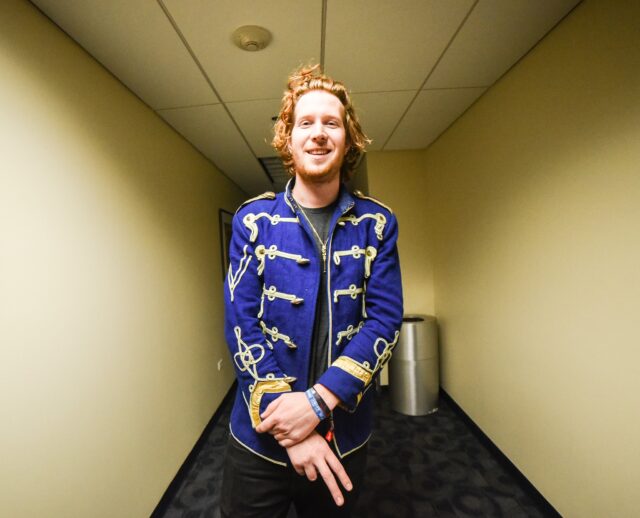 For our readers who might not be familiar, who is Bakermat?

Well, I\’m Dutch, from Amsterdam. I\’m a 24 year old former psychology student. In my third year I got bored and took a semester off and started looking into stuff I would do besides studying. I tried stand up comedy and stuff like that. I made a track just for fun to see how it would work out. It got pretty big, and since then, I started doing music full time.

How would you describe the music that you play?

What I play is not one genre; I play a lot of genres. I play a lot of house, sometimes a techno track. Sometimes deep house, melodic house, tropical house. I don\’t really stick to one thing; I adapt to what I see, and I feel that I have to lift up the crowd. That\’s a DJ\’s job. It\’s a mix of everything.

Have you played in Chicago before?

Yeah, not recently though. I\’ve played at The Mid, which was really nice. That was the only time.

This summer, I saw you open Ultra Music Festival in Miami and perform at Summer Set in Wisconsin. How was your summer? Do you have a favorite fest that you played here in the states?

This year, I loved CRSSD Fest in San Diego. It was amazing because it was in the middle of the city. I had a beautiful view of the water, along with the skyline. The people were amazing….they really understood all the stuff that I played.

Do you have one in mind outside of America, too?

Tomorrowland. Definitely. I host my own stage there every year [Bakermat & Friends]. I have the opportunity to invite all of my friends. This year, I invited Robin Schulz, Oliver Heldens, Klingande, and more. I\’ve been doing that for two years now, and I love it! Like, this year, we had a PlayStation backstage and I would play with all the guys in between their sets.

What were you guys playing? FIFA?

Do you have a favorite song that you\’ve released?

I think \”Teach Me.\” It\’s different. Everybody does the same stuff now, and doing something like remixing a gospel track with disco strings….that kinda defines what I want to do. I really want to make different kind of stuff. Like, I love Kygo, but everyone\’s doing the same as him now. Using the same synth [hums generic Kygo tune]….c\’mon! Be original! I think originality is very, very important.

\”Teach Me\” really is great. Do you ever play the MK remix in your sets?

Yes. Only in Europe though. It\’s different here in America.

Do you have anything else you\’d like to say the readers at EDM Chicago?

I hope they enjoyed the set! Be sure to check out my new radio show and album. The radio show is called \”Bakermat Presents The Circus.\” I named it that since I wanted it to be a really broad, every genre kind of thing. The album is called \”Bon Voyage,\” and it should be released in December or January.