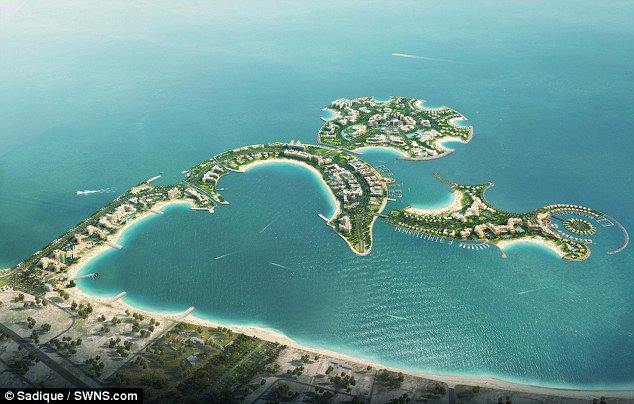 Summer for large scale DJ\’s means a lot of things. Many of them tour during this time, festival season really picks up, and large scale outdoor venues like Red Rocks and the Hollywood Bowl reopen their doors. While all of this is grand, there is one thing that DJ\’s look forward to the most as the temperature rises, Ibiza.

As the popularity of electronic music and the events that go with it increased, the tiny island off the coast of Spain has bloomed into a party capital that is held among the ranks of Vegas and Miami. Both DJ\’s and their fans tweet exuberantly when dates in Ibiza are announced. Such tourism is one of the best way to stimulate a nation\’s economy and Dubai wants in the on the action.

Plans have been drawn to contract a man made island 40 minutes from Dubai in Ras Al Khaimah. (Dubai doesn\’t allow free access to alcohol, but Ras Al Khaimah does) The island will have two \”mega clubs,\” four beach clubs, five hotels, and 100 restaurants. The island is scheduled to be completed in 2018

“We’re trying to make it the new Ibiza – a mini Ibiza dedicated solely to partying. People will be able to come here, stay in the hotel party at clubs on the beach, anything in the world you can do. ‘And we are trying to attract festivals to come here – like Burning Man.”