Home News Drew of The Chainsmokers Spends Halloween In The Hospital 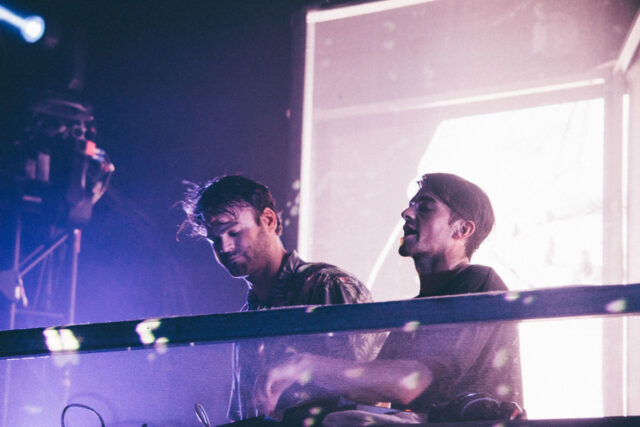 Popular duo The Chainsmokers are known for bringing high energy to every single one of their shows, and they have a thing for hopping all over the stage, but it seems it went a little too far last night.

Drew Taggart, 1/2 of The Chainsmokers, wound up in an emergency room following their October 31st show in Charlotte, North Carolina. Taggart seemingly landed funny at some point during the show, and ended up having a pretty bad sprained ankle.Taggart took to Twitter after the show to tweet out photos of himself in the hospital, and then to assure fans he was OK and that his ankle wasn\’t broken.

No word on how long it\’ll take to heal, but we don\’t anticipate their shows to take a hit in terms of excitement. Maybe Taggart will even do something funny with the new pair of crutches he just picked up.

This actually isn\’t the first time The Chainsmokers took a bad dive, if you recall earlier this year, the other Chainsmoker, Alex Pall, ended up slipping off the decks and hitting his head against the LED wall.

Check out Drew\’s hilarious tweets following the show below:

Yes! My ankle is not broken! On another note, holy shit tonight was fun! Thank u Charlotte ❤️ pic.twitter.com/VSH3CkX5Dw

My new collab with @adidas out soon pic.twitter.com/AtozLrV9Ow