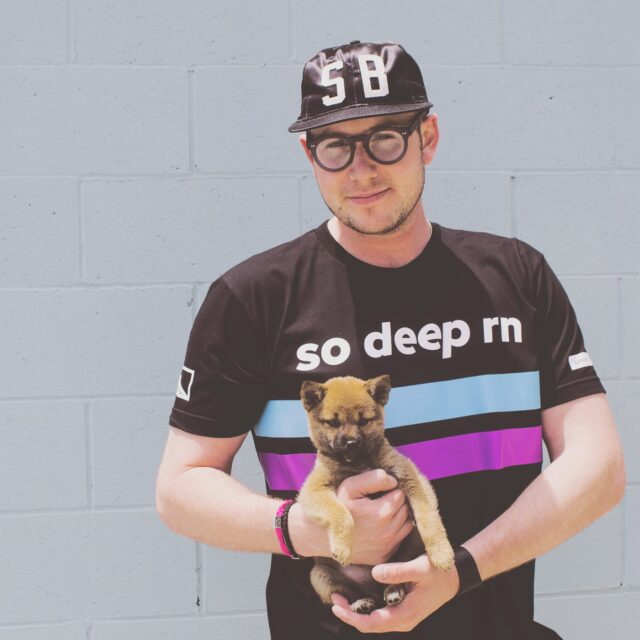 This Friday, I was blessed with the opportunity to give an exclusive interview with a very talented artist and visionary, Dr. Fresch. After spending some time with him on a party bus  (the same bus where we had a surprise set by Dillon francis a few weeks ago), Dr. Fresch, or Tony as he introduced himself, had a few minutes to answer some questions with me. We sat down in a back office of The Mid before his headlining set that night.

To those who haven’t heard your music, how would you describe Dr. Fresch?

\”Dr. Fresch is a kind of mix of a few different genres based on the foundation of a house party, hip-hop influenced vibe translated into a mixture between ghetto house, bass house, and other hip-hop instrumentation… I was into the deep-ghetto bass house sound that was on the come-up at that time. I kind of developed my own sound through that and built it into an original concept.\”

What made you want to start making music? What artists were your biggest influences?

\”I’ve been playing music since I was seven. I took classical piano for a long time, then I played in rock bands, jazz, acapella… I pretty much did it all through middle and high school. Then around 2007, I started getting to dance music though Justice, Daft Punk, MSTRKRFT, The Bloody Beetroots, and others in that same vein… I started playing around with mashups and producing in Logic in 2008, and I found an avenue that I really wanted to explore. I got more into electronic music when I moved to LA in 2009, I got more into production, and eventually by 2012 I developed the skills that I needed to produce and release music.\”

What do you do to keep your music “Fresch”?

*chuckles* \”Ah, I like that. Of course I have a style, a brand, and while it’s incredibly diverse in comparison to a lot of my colleagues, it is fundamentally designed around one concept. For instance, I just released a track called Another Level, and there are five genres in there. It’s something I’ve never heard anybody do. So I like to keep it “Fresch” by incorporating new styles into the brand that I’ve established. \”

Tell me about your first time playing in Chicago.

\”My first time playing here was last April; I played a venue called Spybar. It was a smaller crowd; I was playing a little more deeper music at the time. It was fun! At the time it was a big period of discovery for me from 2013-2014. Until about a year ago, I was really finding and harnessing my sound. I was playing a lot more underground stuff at the time. Over the course of last summer and last fall I was developing and designing what is Dr. Fresch. It was fun to play for that crowd. I’d say I’m most excited for this gig more than any other Chicago show that I’ve played because I feel more like myself that I’ve ever have before.\”

What is your opinion on the house music scene and EDM scenes in Chicago?

\”I think its great. Obviously, house started here in like 1981 — Frankie Knuckles RIP. I feel like a lot of that scene has dissolved because of the RAVE act in the 90s, so I never got to experience the true, original “house scene”… It’s definitely still multi-dimensional; I’ve seen a few sides of it playing at Spybar, then coming to The Mid… It’s one of my favorites in the US because how… any artist like Jamie Jones and artists like Rain Man can come here and Kill it.\”

How would you compare the scene in Chicago to LA?

I feel like LA obviously is closer to the pulse because it is the pulse, just by the nature of the business being there, but in all honesty, second to the actual industry, things in Chicago are happening at a greater pace, and there is more inspiration out here than any other market in the US that I’ve been to…

What can you tell us about your label, Prep School?

\”Prep School Recordings is my record label along with my manager, Peter Rugo, and Joey Papoutsis who manages Louis The Child and Win & Woo… The whole concept behind Prep School was not necessarily to make money off of selling records exclusively… We kind of took notes from a lot of the key players like Steve Aoki, Diplo, A-Track, Boyz Noize, who really created a cultural following behind their brand as a lifestyle brand… So we’re replicating that concept within our network.\”

Where do you see the future of Dr. Fresch and Prep School?

\”Definitely progressing in the same direction that I have been in terms of Dr. Fresch… I’m working on and have finished tracks with Ghastly, Mija… other open stuff with artists like XVII. I’m starting something with Wax Motif soon… Drezo… I’ve got a lot of cool stuff on deck for Dr. Fresch… As far as Prep School, as I mentioned before we want to fully realize the plan of making it a lifestyle brand. We’re going to reach a strategic point hopefully with my artist growth where we can co-brand it as a Dr. Fresch and Prep School night so that we can do what AC Slater has been doing with Night Bass shows around the world and the Mad Decent Block Party. Well be doing the same thing, Prescription nights, Prep School Detention is the name I came up with. Some cool stuff.\”

What do you see for the future of EDM as a whole?

\”I think that we had a huge explosion of subgenres — the whole “future” movement. I feel like the number of subgenres in the “scene” has doubled in the last year, year and a half. I’m seeing “dirty” music on the rise in a tasteful way. I’m seeing a greater divide between underground and mainstream…. I think that a lot of artist in the middle area borrow what they liked about the underground and kind of incorporated it into the mainstream. So I think we’re going to hear a lot more tasteful big hits.\”

What are your artists to look out for?

\”Artists on the come up: Loud Luxury, a huge UK house influence act we’re supporting on Prep School… Ardency, a huge indie/electronic act thats gonna be playing live stuff… Louis Vivet is another act we’re repping. They’re kinda dancing the border between Porter Robinson and Felix Jaehn, and creating a cool space there. A lot of other guys in the scene: Fawks, a good homie of mine, Dirty Doses, Jameston Thieves, Nightowls, Goldplate, Drezo… a lot of people are pushing the boundaries outside of just house and bass house, and making high energy dance music cool and fun at the same time.\”

Where should people look if they want to hear more about you?

\”Check out souncloud.com/drfresch. You can find me on every platform as well. I recently launched a mix series called The Prescription which was removed from Soundcloud during the piracy purge, but we’re working with Beatport. Its not only on Beatport now, but we’re resuming the whole series back in September, and we’re going to be a lot of cool partnership things with Beatport to take it beyond just a mix series.\”

I\’d like to thank Tony, Prep School Recordings, and Joey Papoutsis for making this happen. We\’re eagerly looking forward to the future of Dr. Fresch.