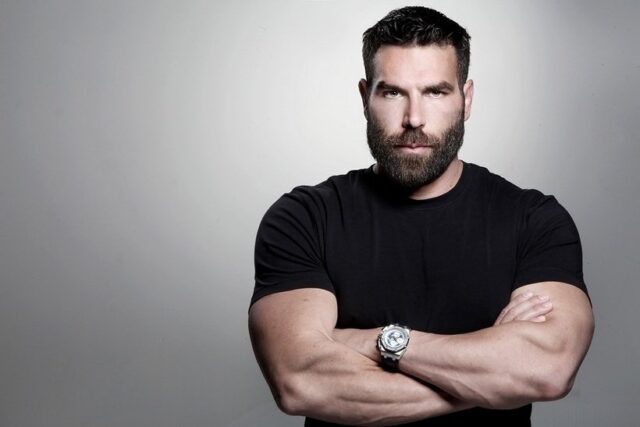 Daniel Brandon Bilzerian was born on December 7, 1980, in Tampa, Florida.

During his school days, Dan was bullied because of his father’s imprisonment. This resulted in him losing interest in studying and having to switch schools twice.

Just like his brother Adam, Dan pursued the career of poker-playing and even made it to Bluff magazine’s funniest poker players list back in 2010. He had faced troubles when he was asked to pay back his winnings of the game against Bradley Ruderman after the latter was sentenced to jail. Tobey Maguire, Nick Cassavetes, and Gabe Kaplan were forced to return their winnings as well. He did not hesitate to share his successes repeatedly; in 2014, he claimed he had won over $10 million in one night. Also, he stated that he had never lost more than $3.6 million in a single session.

Apart from gambling, he has acted in several films, some of which are Olympus Has Fallen, Lone Survivor, and The Other Woman. However, upon realizing how hard it is to breakthrough in Hollywood, he had given up on acting.

As his Instagram profile, @danbilzerian has amassed over 31 million followers it is no wonder that he’s known as the “Instagram King”.

His lavish, fast lifestyle may seem like all fun and games, but you should know that it has taken some severe tolls on his health. The poker-player had suffered his first heart attack when he was only 25 years old, and by now had two more.

He tried to take a break from the insane lifestyle and join the navy, but that did not go smoothly. He reached Day 510 but was kicked out of the program because of an argument with a commanding officer.

The proof of his bad-boyish persona is the fact that he had been arrested. But, as money can buy everything, and with that freedom as well, he has not done any jail time for possessing explosives with intent to manufacture a bomb. Heh ad to pay $20,000 for blowing up his truck on public land.

He’s known for insanely treating women. He employs women just to stroke his beard during poker games. It does not stop there, though. If that wasn’t silly enough, he had even thrown a model off his roof straight down into the pool, resulting in the girl breaking her ankle against the pool edge. He had done this to earn the attention of the Hustler magazine.

Most of the women he has been seen with don’t stick around for long. But, anyway, here are some of his girlfriends: Katie Bell, Lauren Blake, Desiree Schlotz, Hannah Palmer, Sofia Bevarly, and many, many more.

As of 2020, Bilzerian’s net worth is estimated to be $200 million. However, many find his net worth debatable, saying that his cars and mansions are all rented, only so he could appear more luxurious than he genuinely is. It can’t be said if this is true or only speculation.