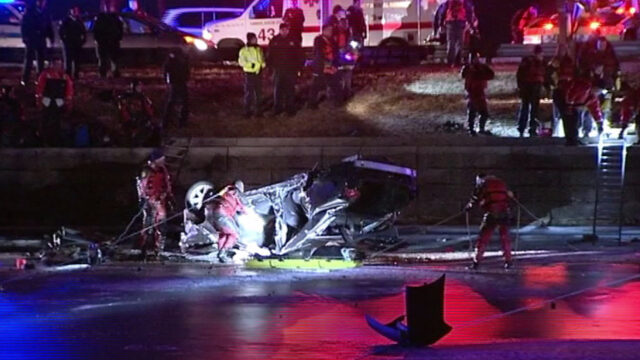 Tragic news comes from our home city this week as Rafael Rodriguez, better known as house/club guru DJ Légo, was charged with \”aggravated driving while under the influence resulting in an accident\” causing the death of his female passenger.

Rodriguez was swerving in and out of traffic going over 90 mph on Lake Shore Drive when he lost control of his Lexus. The car crashed through a guardrail, skidded onto Lincoln Park\’s frozen rowing lagoon and hit the retaining wall, causing it to flip onto the ice. His blood-alcohol content at the time of the accident was 0.17, more than twice the legal limit of .08.

Claudia Beruben, his passenger in the vehicle, was rushed to Northwestern Memorial Hospital after the crash, where she later died. Rodriguez was taken to a separate facility and hospitalized for several days, being treated for broken vertebrae and hand injuries.

Claudia, a single mother, left behind her 3-year old daughter. Her friends and family have since created a foundation called \”Hopes and Dreams for Claudia Beruben\’s Daughter\”.

DJ Légo has been a large contributing force in Chicago\’s club scene for nearly two decades, and is described by his peers as positive and easy to get along with. This turn of events came as a shock to those who know him.

No court date has been set.