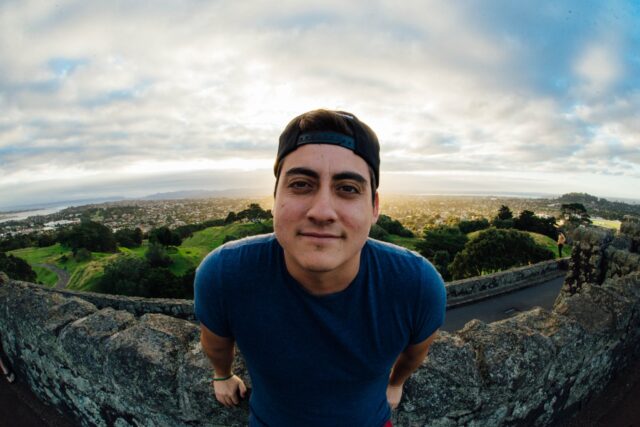 The explosive rise of the current electronic music scene owes part of its success to those who capture the fleeting moments of bliss, those who recreate the stories of everlasting experiences, and those who shine light upon the magic that electronic music curates – videographers.
The role of videographers is becoming more prevalent nowadays as the expansion of the Internet and advances in camera technology have demonstrated the immense impact imaginative minds can make through their technical and artistic talents.
These creative content creators, when applying their vision to the countless seconds of euphoria they frame, are able to breathe new shades of life to what were already remarkable experiences and anchor those memories as something beyond unforgettable.

Recently, I had the pleasure of connecting with Joe Larkin – established videographer whom works closely with artists such as NGHTMRE, Party Favor, and Boombox Cartel – who\’s currently travelling the nation with Australian dynamite What So Not, in pursuit of collecting precious little moments on the road and redesigning them under his unique outlook of what the Divide & Conquer Tour presents.

Following our encounter, I asked Joe a few questions about being involved in the electronic music industry, which he kindly responded with by sharing valuable insights along with his journey of becoming the visual innovator he is today.

Joe’s story highlights the significance of staying true to who you are and promotes the vast possibilities that inevitably follow when individuals accompany their passion with hard work and determination, so I hope you enjoy our conversation below and don’t forget to check out his videos after and dive into his artistry!

In one sentence, who is Joe Larkin?

JL: Someone who is on a life long journey trying to answer that very same question haha.

How did you get involved with the scene? Share your journey with us 🙂

I’ve always wanted to be in entertainment in some way. I got my “start” with television; PAing (Production Assistant) for shows like Catfish and X-Factor and eventually worked my way up to an Associate Casting Producer for American Ninja Warrior and others.
TV is a 12 hour a day job so I would let loose by going to nightclubs during the weekend and seeing my favorite DJs. Control at Avalon Hollywood was my favorite thing to do. I would literally go every Friday to hear the best DJs play no matter who was playing. I began to notice a trend where every DJ would bring a photographer or videographer. I would always be so excited to see the recap video or photos but most of the time they would never be posted or not be what I was expecting.
I decided to start reaching out to DJs with my friend James that we enjoyed and respected in which we offered our services with the vision we had. We got a few great responses and eventually got our first shots at making videos with Party Favor and Bixel Boys. If it weren’t for them and their managers (PF: Ryan Thomas & BB: Will Runzel) I would probably be still in the television industry.
After some hard work, I started getting good enough that I started touring during the weekends while still working at ANW and then one random day I got a call from Insomniac events. They wanted someone to come in evenings and help soften their editing workload. I said yes and started the next week.
For the next 3 months after that call I was then working 3 jobs: ANW during the day, Editing at Insomniac at night, and touring during the weekends. I wasn\’t doing it because I wanted to make all the money in the world but I did it because I truly loved it. Eventually, I received some amazing touring opportunities and had to leave ANW and Insomniac.

Could you give us a summary of a “normal” day on the Divide & Conquer tour bus?

I love being on this bus. The artists and the crew all vibe really really well. A normal day on the bus would be:
2pm: Wake Up
3pm: Talk with Chris (What So Not) about what b-roll we should get today and go get coffee.
4:30 pm: While Chris goes running I will either edit videos or walk around town and gather city b-roll.
6:00pm: During sound check I really like to check out the venue and get my bearings. Find out where the stage entrances are as well as balcony stairs and where any other miscellaneous things may be.
From here on, I’ll either work some more or watch/film the other crew on the tour. They all work so hard and are super passionate about what they do which makes it even more interesting to record.
During the show it’s nonstop for me. I’m running around constantly trying to get the best angles and shots needed to make the best content. After the show we usually always load out and head right to the next city. While the crew loads out I’m usually in the bus editing photos/videos to send off.
We all go to sleep at around 5am everyday and then we do it all over again the next!

What’s one awesome and not-so-awesome aspect of being a recognized visual artist?

Awesome: People coming up to me or messaging me saying that I inspired them or asking for tips on how to break into the industry.

Not so awesome: Seeing people not taking this job seriously and constantly getting drunk or partying when they should be making/editing content. I guess this doesn\’t have to do with me getting recognized but it’s definitely a peeve of mine. There is definitely a place for partying but not while you\’re getting paid to do something else.

What inspires your work?

My dude Winterhalter is constantly changing the game and inspiring me to be better with his videos. I come from the reality TV industry so always making a fresh story out of the videos I make is super important to me.

Indoor venues or outdoor festivals, which do you like shooting more?

There is something about capturing a moment while 10,000-30,000 people are jumping up and down to a song that is really magical. There have been so many instances that while I’m filming a really great shot I’m thinking to myself ‘I cant wait to get home so I can see this colored and in the after movie.’

Where did you shoot your favorite photo or video?

I’m constantly pushing myself to be a better content creator so I don\’t necessarily have a favorite photo or video. I feel like I progress every 6 months as an artist and everything I had done before then just feel a bit dull to me. For some reason I’m never completely happy with a video I\’ve made. I always find room for improvement and in the next video I do I always compensate for it.

What are some personal goals you have for yourself in the industry?

To always stay true to myself and make the best videos possible. Also, to travel the world and go to places I’ve never gone before. It’s still surreal to me that I’ve traveled to Cuba and Haiti for dance music reasons. EDM is literally everywhere.

Any words of advice for upcoming videographers?

Our scene is really saturated. There are so many people working for free that it’s clogging up work for many who deserve to be paid. That being said, know when to say no to an opportunity but also know when to say yes to one. I’ve taken rates less then what I\’ve asked for because of the future opportunities. Gather a diverse portfolio working with a plethora of different artists and then go for the big guys.