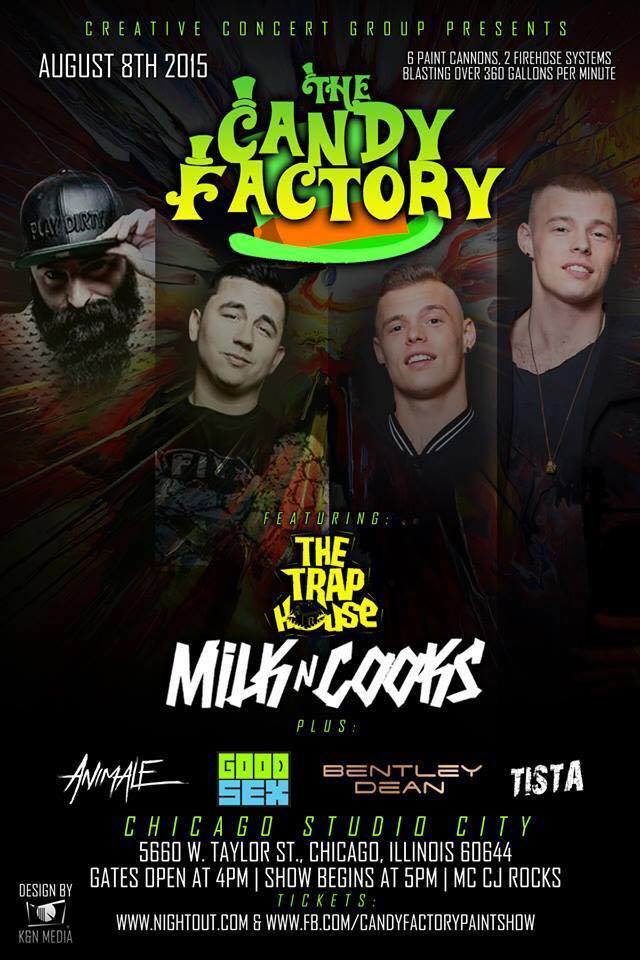 This summer \”The Candy Factory\” is aiming to take the paint party event concept to new heights. With the announcement of the show\’s extensive production effects and solid Chicago-based lineup I have no reason to doubt their ability to do so.

The production feature of the show really catches the eye, as the event advertises \”Two fire hoses delivering 360 gallons of paint per minute.\” Event coordinators verify that the show will be blasting more paint than any other show of its kind. In fact, the production comes from the Tech Light Group and Creative Concert Group, who are some of the creative minds behind the scenes of Stellar Spark, LIC, and Paint Wars.

The party is headlined by Chicago\’s own Milk \’n Cooks and The Trap House. The squad goes deeper to include local artists Animale, Bentley Dean, and GoodSex, along with Milwaukee native Tista.

The Candy Factory is set to take place at Chicago Studio City on August 8th. Grab a discounted early bird ticket today before the price increase, and check out the official event teaser below!