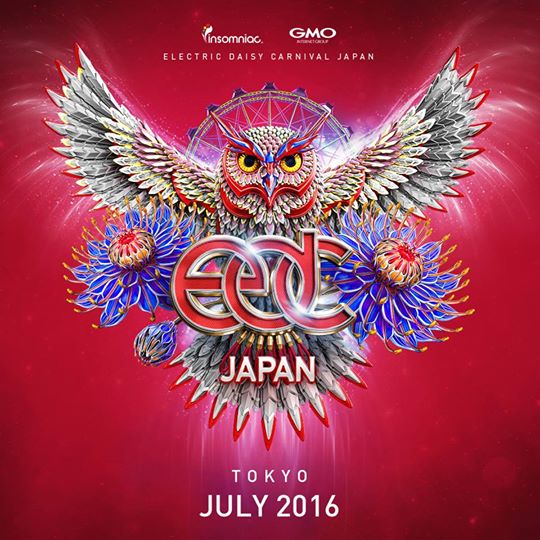 Those who have been attending events run by Insomniac Events in recent years know that Pasqualle Rotella, founder of Insomniac, is not bound by borders. His trademark festival, Electric Daisy Carnival (EDC) has made numerous stops in the US, and has been held in Mexico, Puerto Rico, and even the UK. But now, the flowery festival gathering of thousands of DJ\’s and headliners has found its way to the other side of the planet as Insomniac has just announced that EDC Japan will take place in 2016.

The news of this worldwide venture comes just weeks after the unveiling of EDC Brazil, and just days after the most recent installment of EDC UK came to a close. Perhaps this is a response to the success of other American festivals such as Ultra and Lollapalooza expanding to Asia and South America. Either way it can\’t be denied that dance music is global phenomenon, and for those of you with international intentions, here\’s the trailer for EDC Japan. For more info be sure to check out the official website.