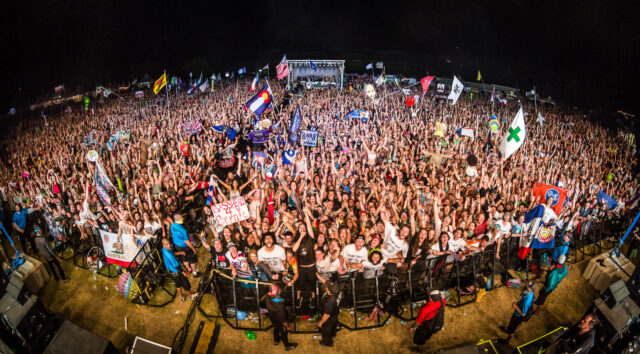 The Bassnectar community has been taking a lot of heat lately, and let me be the first to say we are all sick of the generalizing and complaining. Let\’s just get back to what\’s important: The music. It seems Lorin Ashton may have thought the same thing when he decided to surprise his Euphoria audience in Austin, Texas this past weekend and break out with a brand new track. The song itself has yet to be ID-ed, but just might be named after the visuals and the only lyrics in the song, \”Reaching Out.\” Rarely one to talk on the mic, Lorin said this to the crowd:

Here\’s the first time I\’ve played this track, made it this weekend.

The nameless original contains signature Bassnectar broken synths over a spacey melodic build-up. Amorphous bass music immersion at it\’s finest. It\’s unclear as to whether this track will be on the new album or if Ashton was just playing around to gauge the crowd\’s reaction. One thing is for sure though: Lo don\’t play around.