Home Interviews An Interview With The Man Behind Kuaga: Pierce Fulton 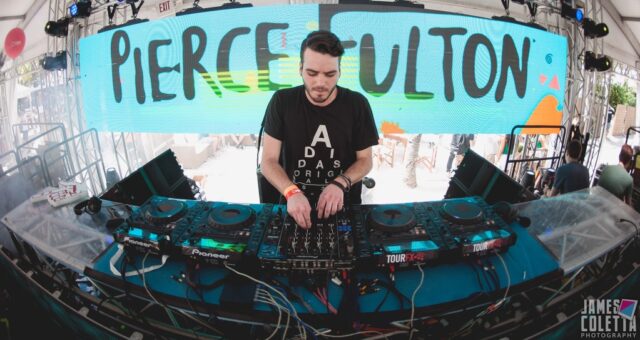 Where are you from?

When did you start producing/DJ-ing? Did you intend for your career as a music producer/DJ to get as big as it has grown?

I started in high school when I was around 17. I just did it because I was bored and wanted some variety. I\’d been playing in some bands and really enjoyed this new prospect of making music alone.

What makes your music career interesting for you? What keeps you creating music?

I just don\’t know what else I\’d do. Not to sound like some lame guy, I\’m not saying \”I was brought to this world to make music\” I just don\’t really have any other interests. I like reading and the occasional video game and most of all I could not work an office job. I am way too antsy.

Who or what inspires you to make music?

Not really anyone in particular. I love to draw influences from artists I like but more than anything I just wanna make music that I wanna listen to. Like \”I\’d put that shit in my Spotify playlist\” kinda music.

What do you consider the most monumental pivotal point of your career that made it successful?

I guess I could say my song Kuaga but I still don\’t think I\’ve had any sort of pivotal point yet. I\’m still in the starting gate in my opinion.

Who would you really like to collaborate with and why?

At this point, anyone that\’s just trying to do something fun and different. I\’m tired of playing it safe when it comes to writing new stuff. The comfortable route has just gotten a bit too old.

Where is or has been your favorite place to perform at?

I played some awesome festivals this year so I\’d say all of those collectively. Tomorrowworld, Tomorrowland, Electric Zoo, Paradiso and a few others, was a good summer.

What do you consider to be a good set?

One that you literally don\’t want to leave from. I have a few fond memories of going to a Dj set for fun and having such a good time that I don\’t really bother worrying about anything else for those few hours. It doesn\’t happen as much with a live performance because you tend to pay more attention to the songs and sing along etc.

What kind of instruments/programs do you use to create that unique \’Pierce Fulton Sound\’? Are you planning on reinventing and changing that sound for future releases?

I mean my last 5 or 6 songs are all pretty different. I\’m sorta throwing stuff at the wall and seeing what sticks and it\’s been very interesting to see the reactions. My next song is like so freakin different I\’m actually a bit worried haha.

Who are some producers/DJ\’s you think deserve more attention?

I\’d say my friends like Puppet and Yotto are two of my favorites right now but I\’m not too worried I think they will get the attention they deserve very soon. Both on a really good path and I love their music.

Does Shirts and Skins have any future plans for touring?

No clue. It\’s really hard to plan between our schedules. We also would like to finish a lot of the music first.

Any exciting future releases/Collaborations you can tell us about?

I have a few fun collaborations coming up but I\’m mostly just excited to keep trying new stuff. I have a rough schedule of what I want to put out coming up.

Lastly, When are you coming back to Chicago and what\’s your favorite pizza joint?

Lou Malnatis for life. (Thanks to my friend Brad for showing me its wonders)