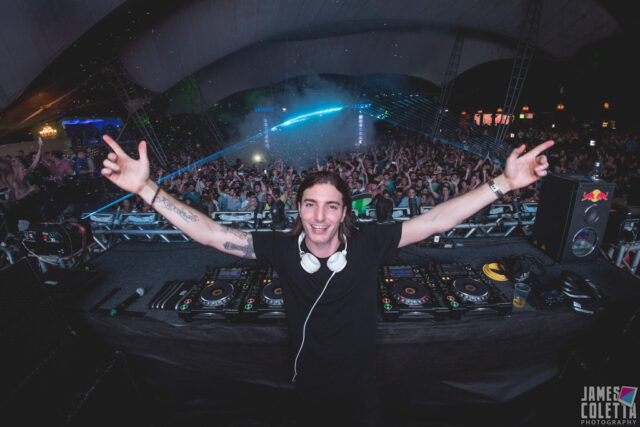 It\’s been a busy year for Swedish DJ and producer, Alesso. He released debut album Forever in  May, he\’s been touring all year and he created his own clothing line which comes out next month. And that\’s just the beginning. According to Music Times, Alesso has big plans for 2016.

In 2016, Alesso is taking the \”Less Is More\” route. He plans on touring a bit less to focus on creating more music throughout the year. He\’d like to give his fans a full experience by putting some serious time into EPs and the videos and art that will accompany them. In a statement about the \”Less Is More\” concept, Alesso says,

\”I wanted to limit the amount of appearances I made worldwide in 2016 in order to really focus on the experience, and make it really special. I have a lot of amazing venues lined up. The EP\’s will also allow me to capture a period of time or an influence from a particular place and sound then encapsulate it in one piece of work and later move easily into a new phase,\”

Alesso is will also headline Summerburst festival, Sweden\’s biggest dance festival, in May and June. Watch the teaser for the festival below.