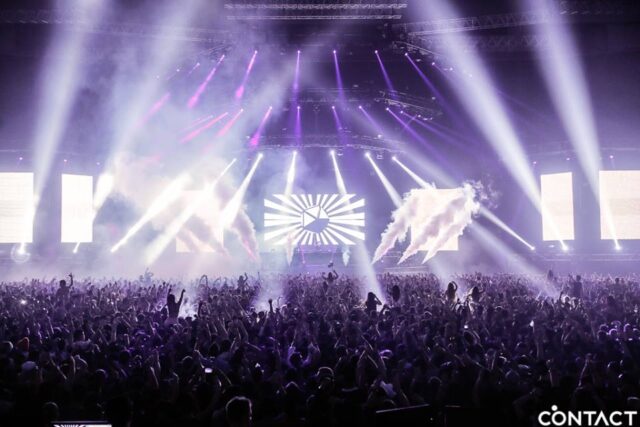 Contact Festival is just a couple days away from its 5th annual celebration in Vancouver, British Columbia.

Like many successful festivals nowadays, Contact is following the trend of presenting an incredible arsenal of artists and thereby making it hard for attendees to decide whom to see and whom to miss in return. #FestivalProblems

In light of this issue (?) that attendees may be facing, to make the decision process slightly easier we narrowed down 5 non-headlining artists that we strongly recommend checking out come December 26th and 27th.

Drezo:
Drezo has been rumbling the underground in the realm of dark and deep house for quite some time. A beat alchemist in his own right, Drezo enjoys going one deeper on the decks, which has made way for his groundbreaking collaboration and b2b performances with Dillon Francis’ alter ego DJ Hanzel.

Drezo will be taking over the speakers at 5:30pm on the first day, so get in early and start the fest off with some deeper groove.

Big Wild is carving his own lane in the current electronic music scene. A natural creative in synergizing futuristic elements with defiant brass horns, Big Wild is shifting the scene away from the present one track at a time. A true musician recognized and featured by ODESZA’s Foreign Family Collective, you don’t want to miss out on this performance.

It’s going to get big and wild at the FVDED stage at 8:20pm on the 26th, so make your way out of the bowl and experience his wave of sounds for yourself.

Slushii:
Chances are you probably heard of the name Slushii by now, but if you haven’t, Slushii is a shooting star producer who has leveled the game with his ingenious talents as a dominant wielder of wubs. Having only debuted recently this past summer at Hard Summer Music Festival, Slushii has been slushing it up across the continent and now Contact is next on his list. Recognized by Skrillex as “the future”, if you want a glimpse into the next generation of mega producers, don’t miss Slushii on the 27th at 7:15pm on the main stage.

Mija:
Living up to her “FK A Genre” motto, Mija doesn’t discriminate when it comes to music. Her brand is well represented in her live sets, as she’ll take you on a rollercoaster of a ride while playing games with your eardrums. As the only female producer/DJ on this year’s Contact lineup, Mija will undeniably make a strong impression on those who are present, so don’t miss out and later hear from your friend how amazing she was. Mija will grace her audience at 6:15pm on the 26th.

Pusher:
Pusher is a rising force hailing from Vancouver’s badass neighbor across the country, Toronto. He adds a freshening element to this year’s pool of talent with his shiny colourful music that will put you right in the mood for an amazing night. Pusher’s sounds from a friendly future will amplify the speakers on the second night at 6:30pm, so immerse yourself and we promise he will color your soundscapes and glisten the night’s forthcoming events.

Let us know in the comments what other artists you highly recommend seeing at Contact Festival.
An unforgettable experience and cherishing memories guaranteed nonetheless, we’ll see you there!