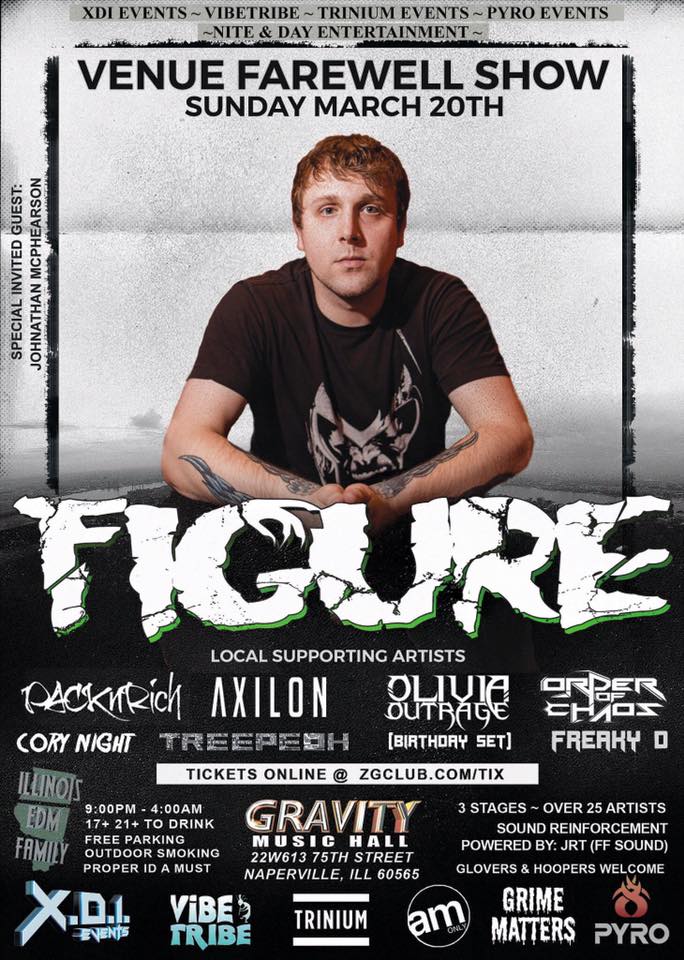 The love, hate relationship between Chicagoland area residents and Zero Gravity is finally coming to an end as owners of the young people\’s nightclub notified patrons of their closing in a Facebook post. They thanked the 3 million people who attended Zero Gravity over the last 21 years and revealed a farewell show to send the establishment to nightclub heaven or hell.

Dubstep artist, Figure will be headlining the final show at Zero Gravity on March 20th with plenty of local support. It will be the final bash for a nightclub that has multiple reputations and the night will surely be one for the books. For more information on Zero Gravity\’s final show, click here.