Home Love & Sex Why Are Men So Ashamed of Buying Adult Toys?

Men and adult toys somehow just don’t go together, depending on who you ask of course.

Adult toys have been around for ages now and they have perfected to the point that you really can’t tell the difference. Besides all the shapes, sizes, functions we as humankind in an eternal hunt for pleasure have decided to dabble with the feel of sex toys.

Having a sex toy that does the job is good enough for an average user looking for a release of some sort. but for someone more demanding you have to make something that is nearly human-like, and the sex toy industry has come close to it. Believe it or not, we have sex toys that can replicate a human skin to feel and touch nearly perfectly which is an awesome breakthrough.

Sex toys have always been tied more to females than to males, and the first sex toy that was mass-produced was made for females as a cure for anxiety. This fact has made many a bit timid and closed to the possibility of becoming a sex toy owner. Thankfully the perception and the times change which means that fears toward male sex toys are easing and we have more and more men that are proud owners of some sort of sex toy. There are a lot of places you can find a toy for yourself and one of those is joylovedolls.com which sell all kinds of sex dolls including premium ones.

Now, let’s get a bit deeper into what made men so “scared” and unwilling to accept a sex doll as a part of their sex life. Owning a sex toy or a sex doll in the case of male owners is something that is still a bit stigmatized even though we are well deep into the 20th century and in all kinds of liberties.

Thanks to society’s view on females and their sex toys it has become very normal for a female to have any kind of sex toys, and most females have taken that and even spun it around. There are a lot of females that are happy and even willing to show off their sex toys like some sort of prize. Males on the other hand still hide their sex toys mostly because they are considered a bit of a weird one if he uses a flashlight, a cock ring or any other male sex toy.

Males are interested in sex toys, and the truth is told, they like them and enjoy them. Sex toys for men started simple with vagina flashlights, anal massagers and cock rings, but over time have advanced and we now have female body parts as sex toys or full-size sex dolls that can be customized to your personal preference. If you recall females also have these, meaning male body parts as sex toys and full-size male dolls that they use for their pleasure and they are a lot less stigmatized for that. Men on the other hand that decide to have a sex doll in full size or just a part they like are considered to be freaks and general outcasts from society. This is probably the biggest reason why 90% of male sex toys users hide the fact that they have some sort of sex toy.

According to research conducted throughout the past few years, more than 50% of men have used or used a form of sex toy meant for them. That research goes a bit deep and according to findings, we saw that from that number of men 80% of them said that they were satisfied and that they would get themselves one for personal use. What is interesting is that 70% of them would very gladly share their sex toy with their partner and the most interesting thing, the topic of this article, 90% of them would like to freely buy a sex toy for them and not be stigmatized for the act or ridiculed by friends or society.

This research speaks volumes and it shows us that the male side of the population is ready and very open to using and experimenting with sex toys and dolls but that they still dread the criticism that might come from the people around them. The male ego is big, and that is without any doubt. Those men that are not so secure in their sexual orientation and capabilities will steer clear of any sex toys and they will gladly ridicule other males that are more secure, for using toys in their sex life. When the perception of this changes the perception of a male with a full-size sex doll will change with it.

That is slowly starting to happen this past year alone, and according to the sale numbers of sex dolls for men and other toys, we see that a steep climb is ahead and that men are taking things into their own hands. They will force society t see this as normal as they would see it with female users.

Do you remember that Kazakhstani man who married his sex doll? He was probably the first one that has opted for such a dramatic twist in his life and as we could see he was heavily attacked for his actions, but what we also saw was a part of the society that saw nothing unusual. Humankind was split with this action but the numbers that supported Yuri in his endeavour was big enough to tell everyone that these things are starting to be viewed as relatively normal behaviour.

The bottom line to all of this is that society needs to change and if we are going to have equal sexes and equal rights in everything, then sex life shouldn’t be a precedent. We don’t care whether it is regarding the sex life of females or males, we want everyone to be viewed as equal and to be treated right. No male is weirder for using a vagina sex toy than a female using a male penis sex toy. It is practically the hunt for the same pleasure type, it’s the same behaviour path and same mental status for both men and women around the world. Nothing weird and nothing crazy is going here, it’s just men searching for the same liberties and amount of understanding that women enjoy in society.

5 Rules for Gifting Adult Toys to Other People 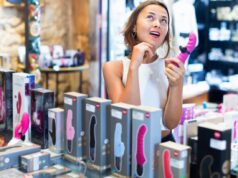 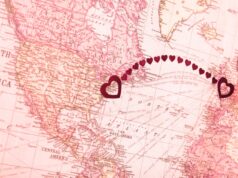 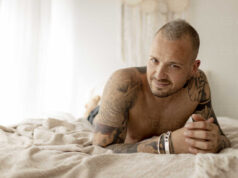 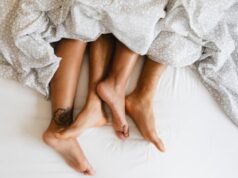 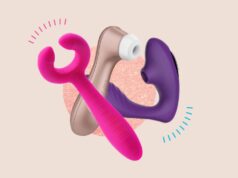