Snakes can’t really be called people’s favorite reptile because they have a bad reputation. However, when we ignore the fear of this creature that we think will kill us with one look, we can say that their existence is really interesting.

What all the symbols and forms it can take in our lives we will reveal to you in the rest of the text. There are countless meanings and symbols for snakes, especially through mythology and religion, but what you probably haven’t thought about until now is jewelry with symbols of this creature.

Today, there are a large number of motifs when it comes to jewelry, and snakes fall into that category as well. And if you explore the various symbolism of her existence in our lives, we believe that you will think that this is actually a real gift for your loved one.

You are probably wondering why. Well, it’s because of their symbolism. These reptiles can represent your loved one in the right way, as well as look beautiful. Even if the person to whom you are giving jewelry likes these cold and somewhat scary creatures, this can be an excellent choice for a birthday, anniversary, Valentine’s Day and so on.

The History Of The Snake And Man

Through the centuries, this is the oldest symbol which at the same time can represent evil, duplicity, and death, but also creation, renewal and immortality.

But what is important to emphasize is that snakes are the most hated because of the two most famous religious stories. The first is the story of Adam and Eve, which everyone probably knows, where the snake is represented as an evil creature that persuaded Eve to taste the apple from the tree. And the second story comes from Greek mythology. In which Medusa, who had snakes instead of hair and turned people to stone with her gaze.

However, during the time of the pharaohs, snakes had a different role. And that could be said to be better! Why? Snakes then represented royalty and wealth, which is a complete contrast! They were often worn as pendants around the neck and wrists.

Snakes also represented wisdom and fertility in some mythologies. And today they are even a symbol of the medical profession.

Therefore, snakes have such a long shared history with the man that even 70,000-year-old evidence has been found that indicates a ritual of sacrifice to the python. But what kind of symbolism do they have when it comes to jewelry?

As we have already mentioned, this trend of wearing jewelry with snake motifs was set by the Egyptians. And the most deserving among them is none other than Cleopatra. In that period, snake jewelry represented immortality.

And since jewelry looks best on women, another woman was responsible for buying exactly this kind of jewelry. Queen Victoria chose these cool reptiles for her engagement rings, which actually represented eternal love. That’s why rings with these motifs are still the most popular today.

Today, however, in addition to rings, necklaces and bracelets are popular, and earrings can also often be found. And all of that can of course be personalized, adding a personal touch to each piece. Whether you want silver, gold or brass, or you want details, story and symbolism, we’re sure you there’s an artist that can help you out.

While we’re on the subject, check this out for a moment! Coppertist, unlike many other jewelers didn’t come into the game to sell jewel and make money. They’ve come to share their vision and express the beauty of wildlife and nature through unique pieces of art. So, if that’s the thing you also stand for – you might’ve just found yourself a soulmate!

Yes, these creatures represent prestige. Due to the use of a snake as a typical Gucci logo, we can say that with this small detail you will surely be noticed and remembered as a fashionista.

We mustn’t forget Bulgari and their watches, which from 1940 to the present have conquered an ever-increasing audience thanks to the shape of the watch that resembles a snake and looks elegant on the hand.

And the former most popular couple, Angelina Jolie and Brad Pitt tried to earn some money by founding their jewelry brand with these motifs.

In this regard, with this jewelry and detail, you will certainly look ten times better than usual, and even richer.

Until now, we haven’t mentioned another function that snakes had before, but it was also reflected today. It is fertility.

Why? You are probably familiar with the natural process that happens several times a year when snakes shed their skin. The shedding of the old skin represents a metaphorical new birth and re-transformation. As well as immortality and healing. That’s why jewelry with this motif is considered a good gift for future mothers.

So far we have mentioned the stories about snakes in Greek mythology, as well as in Christianity. However, there is an additional meaning when it comes to Buddhism. In addition to the dragon, the snake is also considered an animal that respected the Buddha and therefore received a place in this religion. More precisely in the horoscope.

There are also mythical creatures that represent half-divine creatures that are half human and half cobra. According to belief, these creatures can fully assume the form of a snake and are always good.

It is precisely because of all these roads that it is common to see statues of snakes in temples. Therefore, if you have a person who believes in Buddhism or is from Asia, a ring or bracelet with cobra motifs is a great gift idea.

In some cultures, these reptiles were regarded as guardians of the house. They brought good luck and drove away evil. We know that it is hard to believe in all the good snake symbols, but they do exist. This belief dates back to the time of Ancient Greece and was often offered to soldiers as protection in war. It was also believed that they absorb negative energy. And it is no secret that this was also practiced in Egypt.

There are many symbols and it is up to you to decide which one suits you. What is certain is that by wearing this jewelry, in addition to the image of prestige due to high fashion brands, you are carrying a piece of history with you. We will agree that each of these motifs has some deep meaning that you can identify with yourself or someone dear to you. It’s just up to you to choose the jewelry! 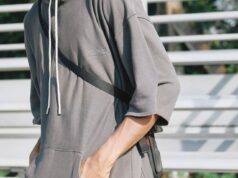 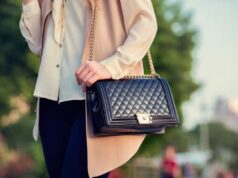 How To Style A Handbag With Any Outfit 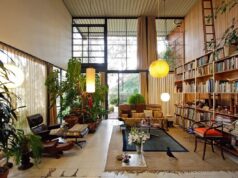 What is Mid-Century Modern Decorating? 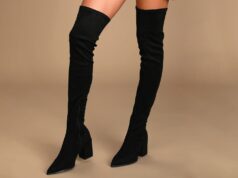 How Do You Keep Knee-high Boots To Stay Up? 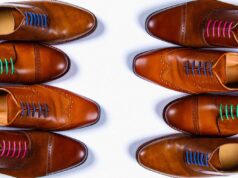 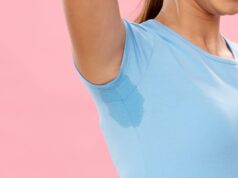