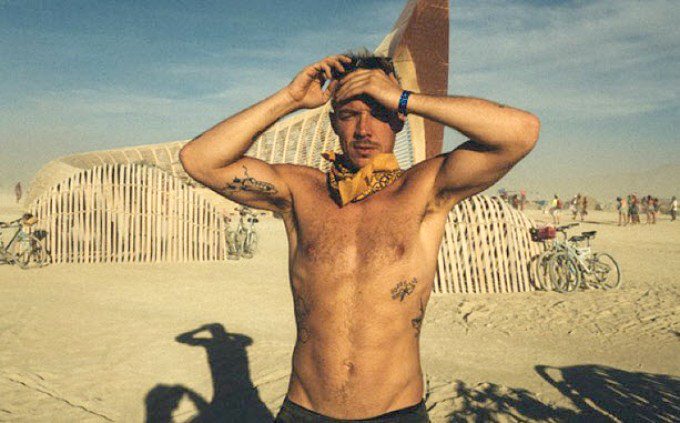 Burning Man is not your average festival. It is a community, a temporary city for all.

Burning Man’s mission is, “To produce the annual event known as Burning Man and to guide, nurture and protect the more permanent community created by its culture. Our intention is to generate society that connects each individual to his or her creative powers, to participation in community, to the larger realm of civic life, and to the even greater world of nature that exists beyond society.”

Diplo was in high demand at this year’s Burning Man, known to get even deeper into his extensive library of favorites. This year he got to play two and a half sets: a back to back with Flume, a trap-inclined set at Camp Questionmark, and a more house inclined set at Robot Heart.

Flume and Diplo flooded the crowd with an aroma of feels and tunes. What could have been more crazy and sentimental to this festival, than having two of the most influential producers go back-to-back?

If you have time to swipe – here are a couple of sets I played at Burning Man. My job is usually make songs that you hope people can dance too and to go out and play lot of sets every weekend . As you can imagine even that gets tiring . I'm guilty of getting lazy and keeping some of the same routine and playing same songs .. but at BM I get to play records for the first time bring back old records . Improvise .. connect with old friends find new energy .. do amazing back to back sets .. find random art cars to pull up get lost in some lights and find songs I never heard before . Just creating a vibe w friends and random people riding bikes around you is some of the moments that make me feel like DJing is still one of the greatest jobs in the world . And I'm so lucky .. thank you to robot heart .. the church . No name camp . Camp question mark . Camp jou jou. Bounce art car . The 747. Bunk bed . The Christina The sol riser and everyone else .. especially to @flumemusic and @simihaze and @richmedina for rocking with me also @gene.vi.eve 💙