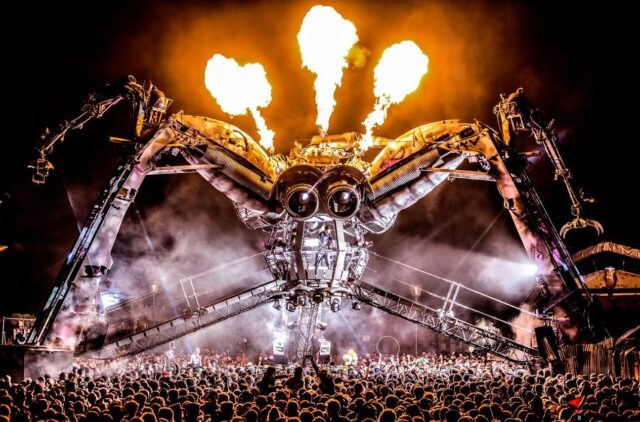 Ultra is making sure their name is being headlined in every major electronic dance music media publishing site with all of these recent \”special announcements\” they keep announcing all over the Internet.

The new Resistance stage design for next year is going to be exactly what the name states an Arcadia Spider and the stage will also be premiering their new ‘Arcadia Landing Show’. The video shows the stage full of underground dance music lovers surrounding the stage 360 degrees all around with pyrotechnics going off and live acrobatics falling from the stage. From the personal experience I had from this year\’s Resistance stage I can only imagine the different type of unique experience I am going to gain from the Arcadia Spider next year. Ultra also on announced their epic phase one lineup Wednesday via social media and coming from a raver with past experience with Ultra this is sure to be the last of their legendary surprises. Now the real question is who will be joining us at Ultra dancing away all of our worries under the U?

We are thrilled to announce the first phase of the Ultra Music Festival 2016 lineup! #Ultra2016 pic.twitter.com/aQSG9m1gxG