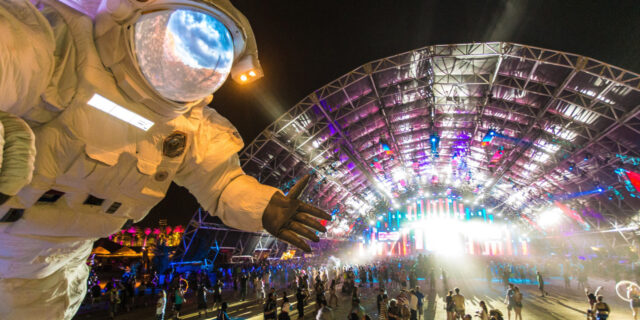 In recent years, Coachella has added more electronic and dance acts to their festival. The usual alt-rock heavy lineup has turned into a split between bands as well as electronic acts. In 2006, Depeche Mode became the first electronic act to land a main spot at the fest.

Coachella 2016 marks the year of two dance/electronic acts filling three of the headlining spots. LCD Soundsystem and Calvin Harris are the headliners scheduled to close out Friday and Sunday (respectively) of the two-weekend event. This is the first time two electronic headliners have been at the top of the bill in Coachella history.

Other artists on this years lineup include Zedd, Major Lazer, Flume, Jack Ü and many more. You can see the full lineup below.